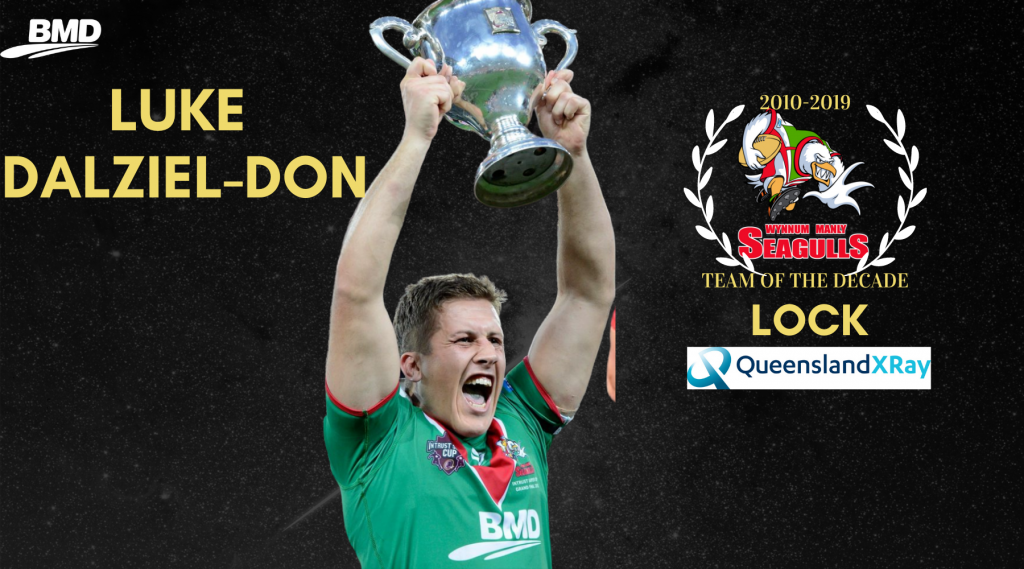 Local junior, back to back premiership winning captain and heartbeat of the Seagulls for so long, Luke Dalziel-Don was always going to be a ‘lock’ for the fans’ Team of the Decade.

The lock forward spent most of his career marauding the left edge, where he terrorised opposing defenders with his deft late footwork and fend, earning the moniker ‘Razzle Dazzle’.

The images of Dalziel-Don holding aloft the Intrust Super Cup trophy in 2011 and 2012 will live on in Gulls fans memories for a long time.

Dalziel-Don played 173 games in red and green, second most all-time for the club and scored 82 tries.

Stay tuned for voting on the Second Row positions for the fans’ Team of the Decade this week.