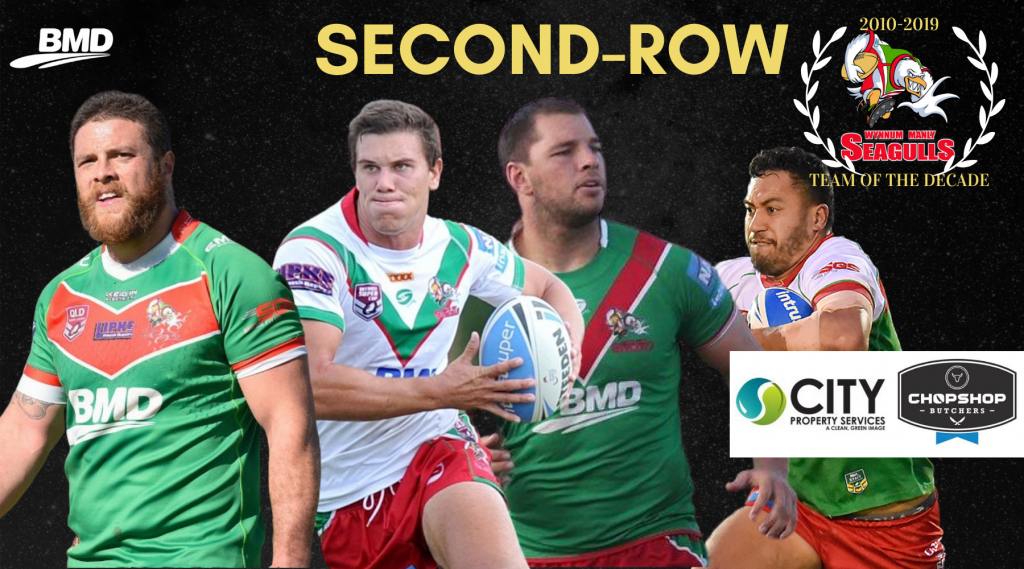 The fans’ Team of the Decade pack is nearing completion and looking fierce, but first we need to add some men on the edges.

The nominees are all long-term servants to the club and narrowing down to just two will be a difficult decision. Good luck Gulls fans!

John Te Reo is one of the greatest club-men to have ever worn the red and green of the Seagulls. A back to back premiership winner (2011 & 2012) plus over ten years service goes a long way to understanding why he is held in such high regard amongst the Seagulls club. A fan favourite of the Chook Pen, Te Reo spoke ahead of his testimonial dinner about how he bleeds Red and Green. “I wouldn’t be anywhere else. I like to be a loyal club member.”

Joining the club in 2014, Frei played 90 games with the Seagulls over two stints – with a short break at the Sydney Roosters in between. On his departure from the Club in 2018 CEO, Hanan Laban said “Mitchell is a former captain, a Chook Pen favourite and great servant to the Club – no matter where he goes in the future, I know he loved his time here and will always be a Seagull.” Frei was also a Queensland Residents representative across his Seagulls career.

This is Dodds’ second appearance in the Team of the Decade voting after missing out on the Lock position. A Capalaba junior who went on to play 76 matches for the Brisbane Broncos and win back to back premierships with the Wynnum Manly Seagulls (2011 & 2012). Injury often impacted the talented and versatile forward throughout his career, but that never stopped him giving his all when wearing the green and red of the Seagulls.

Joining the club in 2019, Love-Henry immediately made a presence on the edge for the Seagulls. Having previously had stints at the Brisbane Broncos and New Zealand Warriors, Love-Henry’s experience and attitude had an immediate impact and it was no surprise when he was named as a part of the 2020 Seagulls leadership group. Gulls fans can look forward to a bright future with Matiu in the team.