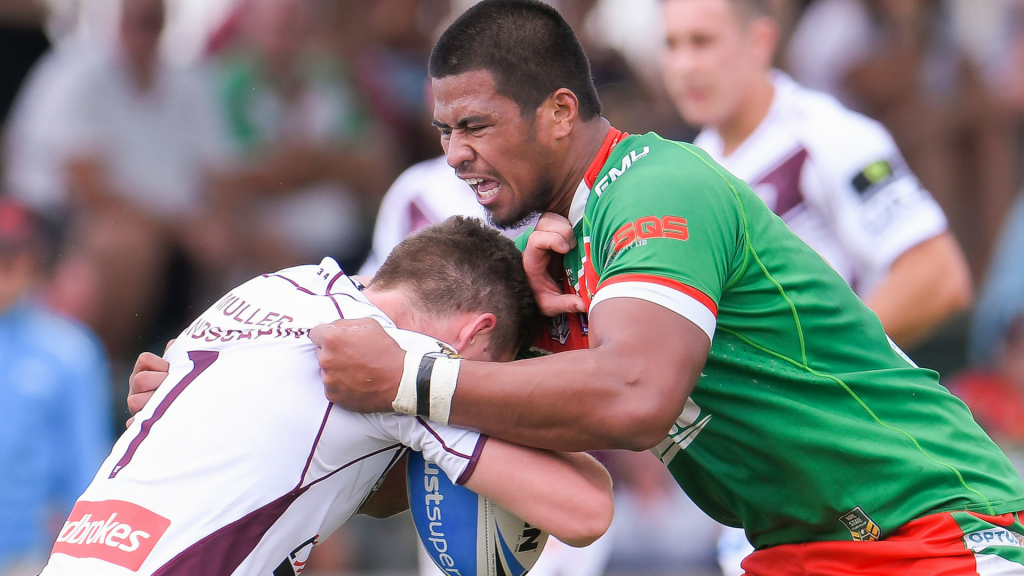 Payne Haas is facing shoulder surgery and a lengthy stint on the sidelines but the courage the 18-year-old prop showed last week is set to inspire his Brisbane teammates in his absence.

Haas dislocated his shoulder against Manly, put it back in himself and then bravely played on. He was eventually replaced, but he initially refused to leave the field in a show of intent that has lit a fire under Broncos forward Tevita Pangai jnr to get the job done against an in-form Sydney Roosters side boasting Dylan Napa and Jared Waerea-Hargreaves.

The Broncos are expected to outline in the coming days the nature of Haas’s surgery and whether it is a clean-up or a reconstruction.

Either way, his determination in the face of adversity will not be forgotten

“He has been inspiring,” Pangai said.

“Even in the pre-season there were times when he was fatigued in wrestling and fitness sessions and looked like he was gone but he just found another gear. He is just putting his body on the line and trying to earn the senior players’ respect.

“Payne showed toughness there with his stint. It is another challenge for us young boys now in the middle so hopefully, we can get the job done and compete hard. We know [the Roosters] are going to come up here and try and spoil the party.”

The Broncos now have a third of their first-choice 17 on the sidelines with Haas, Josh McGuire, Matt Gillett, Jordan Kahu, Alex Glenn and Jack Bird all on the injured list.

Bird appears set for a month-long break to get over a nagging sternum injury that has plagued him since last year.

In an ideal world, the Broncos would have already given Bird an extended break on the sidelines to recover from a sternum injury but the former Shark has bravely put his hand up to play through the pain as he tried to rediscover his best form.

After the Broncos play the Parramatta Eels in round 12 they have a bye before facing Melbourne away on July 10.

If Bird sits out the Eels clash he will have a month’s break without football to recover, a scenario which hooker Andrew McCullough said would hopefully reap rewards.

“Jack’s sternum has been giving him a bit of grief and everyone that knows what sternum injuries are like knows they are pretty sore,” McCullough said.

“We’ll take a bit of pressure off Jack and make sure he gets his sternum right and mind right so he can get back into it.

“There is still plenty of football left in the year so if we can get through the next two weeks and get a bit of a break [with the bye] it could be a bit of a blessing for us, and especially for him.”

McCullough said Bird’s effort on the park in difficult circumstances had not been lacking.

“Being a key recruit you probably get scrutinised a bit more and probably highlighted a lot more…but he’ll be fine.”

The door has now opened for Kotoni Staggs and Patrick Mago to make their club debuts off the bench against the Roosters on Friday night.

“It is exciting. It is a great challenge and probably what the club needs at this stage, for myself, Sam [Thaiday] and Darius to step up and for those younger boys to step up as well,” McCullough said.