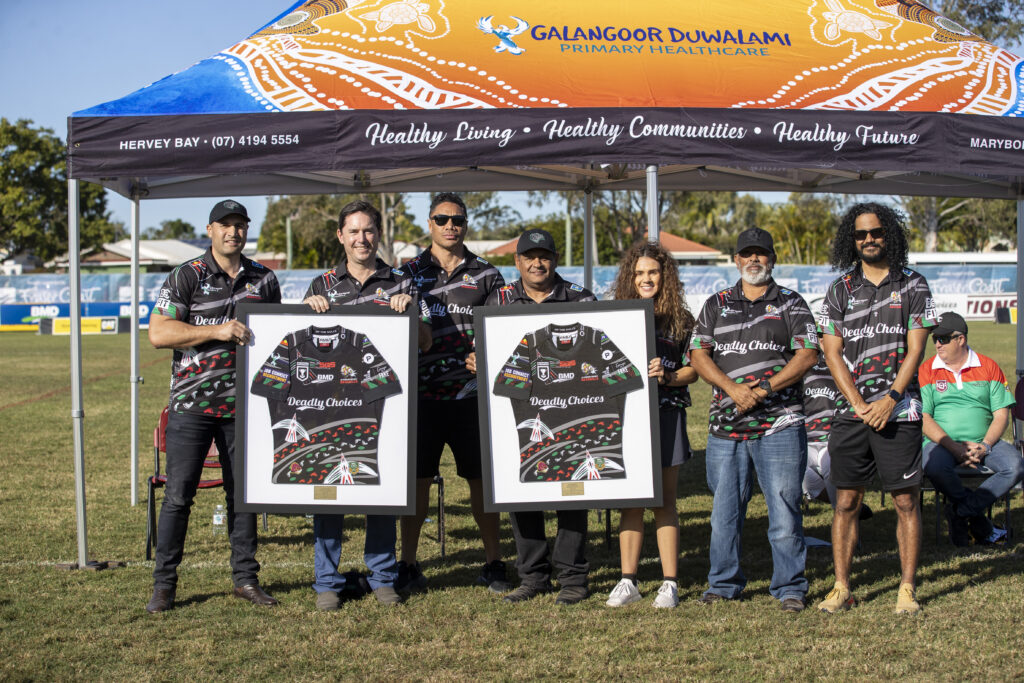 After the first two Fraser Coast region matches were cancelled in 2020 and 2021 due to Covid restrictions, both the Seagulls and the people of the Fraser Coast were very eager to finally have a matched played in the region.

The Hervey Bay Seagulls hosted the day at Ralph Stafford Park, with Colts and Hostplus Cup matches, as well as U16 girls invitational, Bundaberg rugby league A Grade and Reserve Grade matches.

Wynnum Manly Seagulls merchandise was incredibly popular with the rugby league faithful in Hervey Bay, as sporting events of this level are few and far between in the region.

Galangoor Duwalami Healthcare ran free health checks and administered flu vaccinations to spectators, while many other market stalls were present to engage the local community.

The Hervey Bay Seagulls were serving great food from the canteen, including many healthy options to coincide with Deadly Choices’ health message, as the line remained 20 people deep all day.

Our McDonalds Seagulls Academy Hastings Deering Colts put in an impressive performance, leading 30-0 at half time and eventually running away with the game 58-6.

The team scored 11 tries, with Luke Philp kicking 7/11 conversions, to jump to 2nd place on the ladder after winning 7 games in a row.

Our Hostplus Cup team took on 2nd placed Sunshine Coast Falcons, who had looked impressive throughout the year with a number of Melbourne Storm players wearing the jersey as their affiliate club.

The Seagulls started will and led 20-0 at half time, before eventually winning 20-12 following a tight second half battle.

The BMD Wynnum Seagulls would like to extend our appreciation to the Hervey Bay Seagulls, Deadly Choices, Fraser Coast Regional Council and Galangoor Duwalami Primary Healthcare centre for all their efforts in the organisation and hosting our match in Hervey Bay.