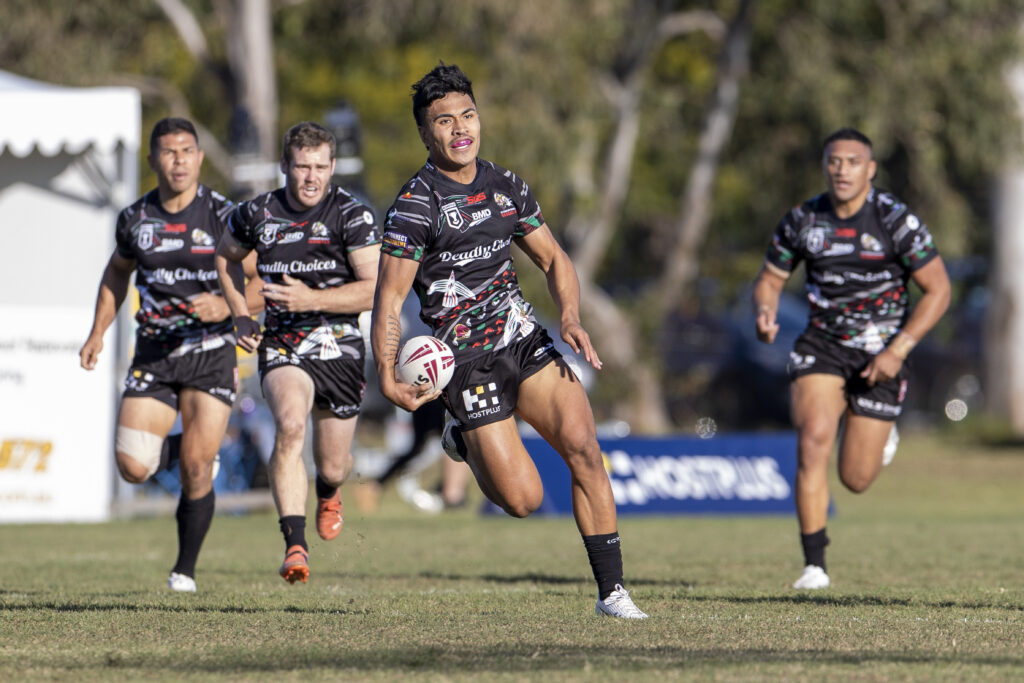 The Wynnum Manly Seagulls relocated their Round 12 Hostplus Cup match to Ralph Stafford Park, Hervey Bay in an Indigenous recognition match. The Fraser Coast Regional Council, Deadly Choices and Galangoor Duwalami Primary Healthcare all contributed significantly to the organisation of this match and helped to encourage a large crowd to attend.

Plenty of Falcons fans made the trip up north for Round 12, just a two hour drive from their base in Kawana.

A Traditional Welcome to Country and Dance and Smoking Ceremonies welcomed the players onto the field before kick off.

On this special occasion for the Gulls, Matiu Love-Henry brought up 50 games for the club

In this highly anticipated clash, the Seagulls started the better of the two teams, earning repeat sets before breaking through for a try via Zac Hosking in the 7th minute.

Strong carries from Darryn Schonig and Max Bailey inspired the Falcons, however the Seagulls continued their momentum when TC Robati broke through to double their lead in the 17th minute. Seagulls led 10 nil.

The Gulls were in again 7 minutes later through fullback David Mead, taking the score to 16-0.

Speedster Deine Mariner broke the Falcons defence on his own 10m line and ran 80m before being tackled, in a stunning effort that could have put the game to rest.

The Falcons steadied the game and resisted more Seagulls attacks, however two penalty goals to Max Plath in the final 8 minutes of the first half extended the Seagulls lead to 20 nil at the break.

The second half started with the same intensity as the first, however the Falcons started to wrestle back control of the match.

Tom Rafter crossed for the visitors in the 50th minute and the Falcons lifted as a result. Seagulls 20, Falcons 6.

Tyran Wishart looked dangerous with each touch of the ball, often dummying and almost breaking the line. In the 63rd minute, he dummied again, fooling the Seagulls defence to score under the posts.

The Falcons were now only trailing 20-12 and, with all the momentum, were confident in running down the Gulls.

The final 17 minutes were filled with big hits, tough carries and torpedo bombs as both sides tried everything they could to break the other.

Neither defence waivered, and as time dwindled away, the Seagulls got closer to victory.

Yee-Huang Tonumaipea was sent off in the 76th minute to ultimately consolidate the result, and the Gulls finished their Round 12 ‘home game’ with a well-fought 20-12 win over the second placed Falcons.

Special mentions go to the Seagulls back five, who ran the ball strongly, defended well and were incredibly physical throughout the game.

For the Falcons, Tyran Wishart looked dangerous with each touch, the fleet-footed Sualauvi Faalogo had some nice runs, and Darryn Schonig was strong through the middle.

The Seagulls next travel to Norths Devils on Sunday 3 July.

The Falcons head home to Sunshine Coast Stadium to host the Townsville Blackhawks on Saturday 2 July.