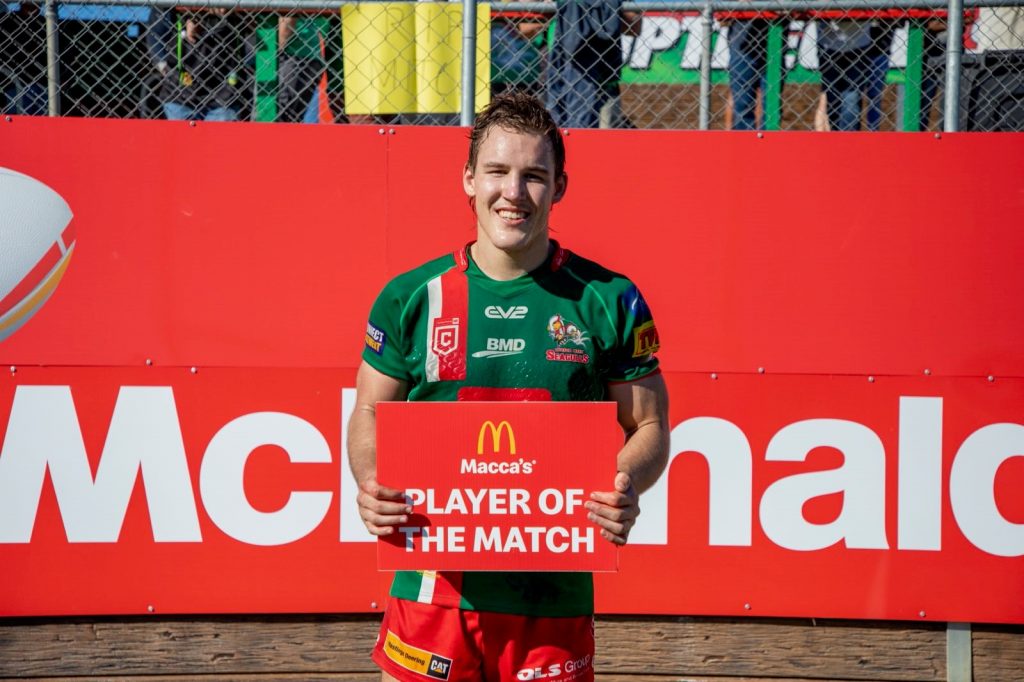 The Seagulls jumped out to an early lead in the Hastings Deering Colts on Sunday, allowing them to stave off a feisty Souths Logan Magpies squad in the second half.

Coming off a draw in Round 7, Wynnum regained some attacking form and scored 6 tries during the match, winning the game 34-24 at the final siren.

The Colts sit on top of their ladder after 8 rounds, with 6 wins, thanks to the strong development and depth of talent within the McDonald’s Seagulls Academy.

Seagulls Lock Alec Macdonald scored a hat-trick on the day, earning the McDonald’s Player of the Match Award. Jacob Sturt-Tobin opened the try scoring, with Harrison Graham and Devontai Seumanutafa also crossing for the Gulls.

Like last week, the Gulls began the game strong – scoring twice in the first 5 minutes. The second of these tries came with the Magpies already down to 12 men after a dangerous tackle sent a player to the sin bin.

However, consecutive errors allowed the Magpies to shift the momentum and level the scores at 12-12 in the 19th minute. Macdonald’s second try of the day saw the Seagulls take an 18-12 lead in to half time despite some scrappy periods of play.

The Magpies went down to 12 men again early in the second half, allowing the Gulls to capitalise and extend their lead to 34-12 within 10 minutes.

The final 30 minutes of the game was marred by some poor discipline and ball handing, forcing the Seagulls to make a lot of tackles and defend their line for significant periods. Despite the scoring advantage on the day, the Gulls only had 38% of total possession and ran for less metres than the Magpies.

Head Coach Michael Dobson was happy with the result on the day, but will look for the Seagulls to improve their effort, intensity and discipline through the remainder of the season.