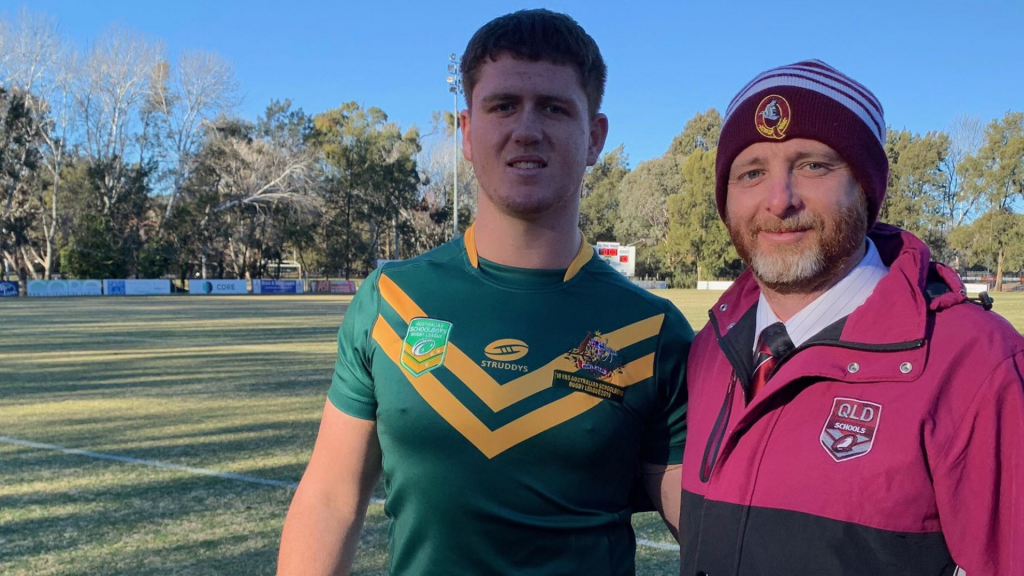 Wynnum Manly Seagulls under 18’s player Jayden Clarkson has been selected to play for the Australian Schoolboys side against New Zealand on September 28.

Clarkson’s selection comes off the back of his Queensland team winning the Australian Secondary School Rugby League Championship, defeating NSW Combined Catholic Colleges in the final 34 – 10.

The Australian Schoolboys is a prestigious achievement for the hard-running front rower and one which will be celebrated by Clarkson’s junior club, Redlands Parakeets.

Clarkson played a key role in the Seagulls charge toward the Auswide Bank Mal Meninga Cup Grand Final in May and his selection caps off a successful year for the Seagulls Academy.

In 2019, eight players from the Seagulls Academy ranks have been selected for Queensland, with four picking up NRL contracts.

Clarkson is the first player from the Seagulls Academy to gain Australian Schoolboy selection.

“Everyone at the club couldn’t be happier for Jayden and his family, to see him get this opportunity”  Seagulls Academy, Glen Dreger, said.

“Jayden is a polite young-man and a really hard worker on and off of the field. It’s great to see him be rewarded for his work ethic and attitude”.

The schoolboy team will play New Zealand at Redcliffe’s Dolphin Stadium prior to the Intrust Super Cup grand final on September 28.