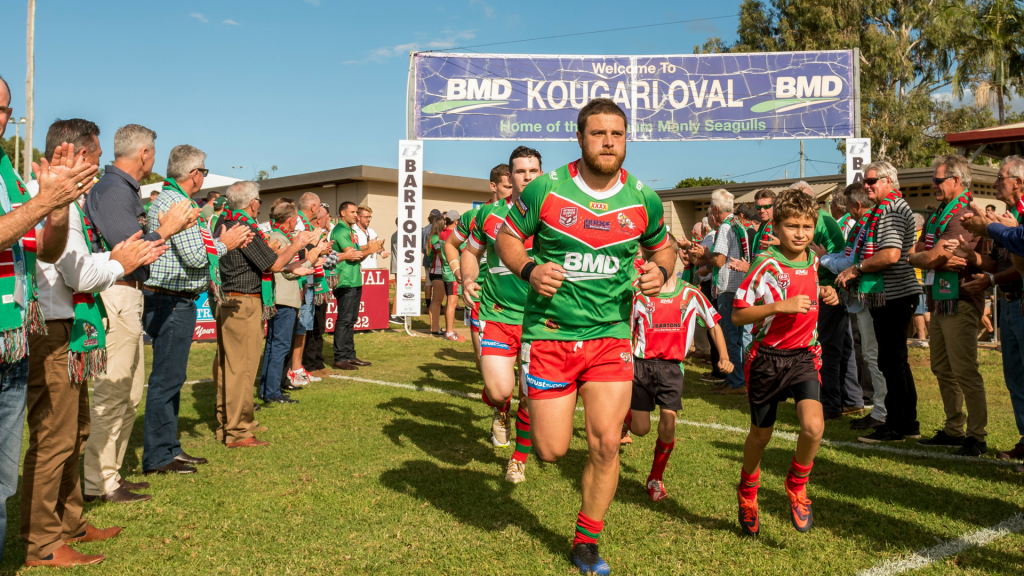 John Te Reo has reached a milestone which very few players in sport have achieved – ten years’ service for the one club.

The utility hails from the small town of Wainuiomata, a rugby league nursery in Wellington, New Zealand and started playing rugby league at an early age.

“My league career started when I was four years old in Wainuiomata with (current Seagulls’ CEO) Hanan Laban.

We played for the Wainui Lions and my old lady (Chrissy Te Reo) was our coach then.”

After earning Junior Kiwi honours, Te Reo was signed by the Brisbane Broncos in 2004 and moved across the ditch.

“(The Broncos offered) me an opportunity which I took with two hands.

I played for West Panthers when I first got here as a colt and ended up playing for Toowoomba Clydesdales (the Broncos’ Queensland Cup affiliate).”

In 2007, Te Reo made his NRL debut for the Brisbane Broncos in Round 2 against the New Zealand Warriors in Auckland.

Renowned for his laid-back, larrikin personality and ability to offload the ball at will, the man affectionately known as ‘John John’ wants to be remembered for two things.

“(I want to be remembered) for the big hits. I think I put a few big shots on (over the years).

And I was never a man to score a try so when I did score a try I had to make a scene so everyone remembered them. That’s where the ‘Gronk Spike’ comes from I guess,” joked Te Reo, in reference to his trademark try scoring celebration.

The 32 year old is still playing football as he loves the mateship, good times and being around his friends.

He credits his NRL debut for the Brisbane Broncos and back to back premierships in 2011 and 2012 as his career highlights.

“Not many people can win back to back premierships.

We had a good team back then and those boys will always remain in my heart.”

A fan favourite of the Chook Pen, Te Reo says he is a loyal club man who bleeds Red and Green.

“I wouldn’t be anywhere else. I like to be a loyal club member.

I’m not too sure if I will be hanging the boots up (at the end of this season). I don’t think I will be playing (in the Intrust Super Cup or BRL next year) but I might head down to (Wynnum Juniors).”

Come join us in celebrating the incredible career of John Te Reo.

The Testimonial Luncheon is reserved for those special players who have reached 10 years in the Red and Green. Hear from special guests, have a laugh with the ‘Roast of John Te Reo’ and listen to ‘John John’ reflect on his great career.