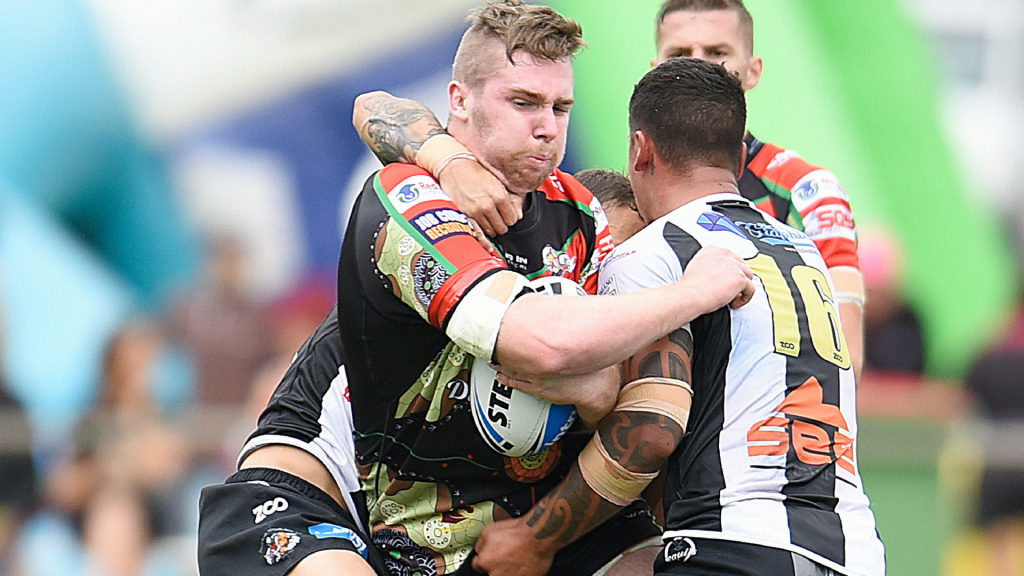 Lachlan Lee is a big human being.

Standing at 194cm and 102kg, he is one of the most imposing big men on the Seagulls squad and is starting to find his stride in 2018.

A Toowoomba native, Lee’s most recent rugby league was played down in NSW for the Canterbury-Bankstown Bulldogs NSW Cup side before finding himself returning back to the Sunshine State.

On his experience in the Intrust Super Premiership, the prop forward suggested there is plenty to compare.

“Everything’s pretty much the same; size, speed – so it’s been good.”

After making his debut in Round 8, Lee has gone on to cement an interchange role for ten consecutive games, averaging over 34 minutes and 100 metres over those outings.

Round 19 proved to be yet another productive weekend for Lee, with the former Bulldog amassing 148 run metres against the Magpies. His production was good for the third highest total in the game, narrowly behind fellow forwards Keenan Palasia and Atelea Vea, the former of which winning a playful competition between the two young props.

“I think the stats are a bit off there, but I guess we’ll have to go by that,” joked Lee.

Whilst enjoying his minutes off the bench for now, Lee acknowledged he’s toiling away with an eye on the next step.

“I’m looking for a bit more consistency in my game.

“But I’m continuing to work hard and hopefully look to push for a starting spot.”

Lee will get another chance to make that jump this weekend against the Central Queensland Capras at home on Saturday night.