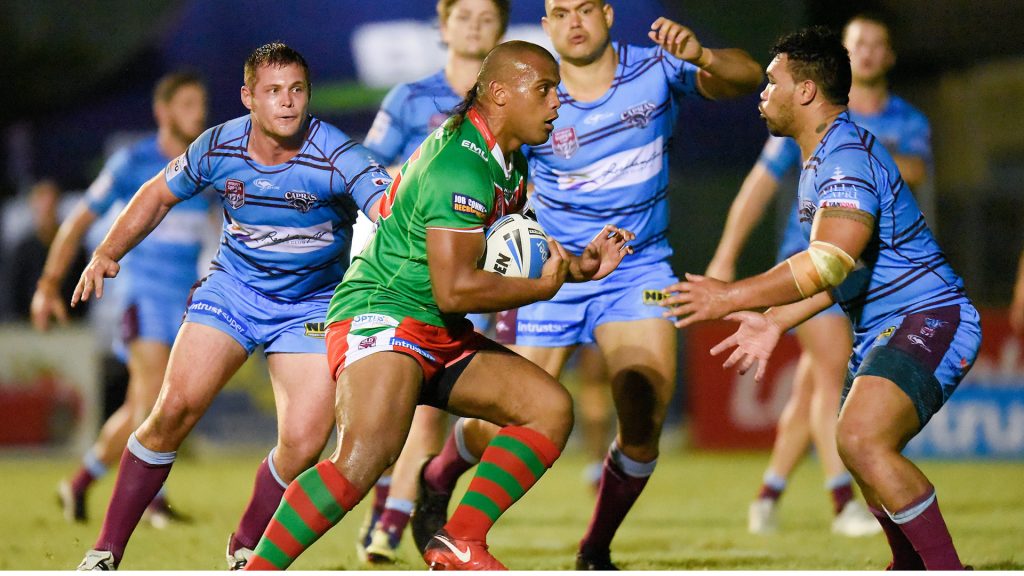 Built on a strong second half defensive display, the Seagulls built on a seven-point lead at halftime, tackling their way to an impressive 33-16 victory over the Central Queensland Capras.

“It was really important we put in a good defensive performance” Seagulls coach Adam Brideson said.

“We knew they would come hard. Their (completion rate) was above 90% in the first half, so to be able to turn them away and get in at halftime with a bit of a lead of was really pleasing.”

The first half opened up 11 minutes in when Til Vea strode through the right edge off a skillful offload by centre Delouise Hoeter.

Wynnum had the edge during the middle portion of the first half, following up with a pair of tries, included a notable effort by five-eighth Shaun Nona who chased down his own bomb to eventually clean up the scraps for a try in the corner.

The Seagulls’ control of the game was eventually relinquished before the end of the half however; the visiting Capras getting into groove when Maipele Morseau hit back for his side on the back of some quick hands from Jack Madden.

The fightback rolled on six minutes later when centre Nathan Bassani finished off a perfect right-side set play, but the Seagulls entered the break as the last to score after skipper Patrick Templeman landed a 30m field goal on the siren.

The second half saw the Seagulls gain the ascendancy early, with plenty of intent on display from the forward pack, with Brideson noting the efforts by the big men,

“I thought there were a few (stand-outs), but I thought Adam Tuimavave-Gerrard and most of our middles did a fantastic job,” he said.

A flare up of tensions after a strong run by winger Ed Burns put Wynnum Manly in another scoring position in the 50th minute, one that would eventually be capitalised on by the winger who scored off the back of a Seagulls set-piece.

From there, Brideson’s men followed a simple game plan that relied on nothing but defensive pressure and simple attacking football.

“(Simple footy) is all it needed to be,” explained Brideson.

“Complete, kick and chase hard to keep them under pressure and fortunately enough that got us the result tonight.”

Two more tries put the contest the bed for the Seagulls, giving them three wins from the last four rounds ahead of a tough run home that includes the competition-leading Townsville Blackhawks and the third-placed Burleigh Bears.

Kenny Andres is a Wynnum Manly correspondent for QRL Media.