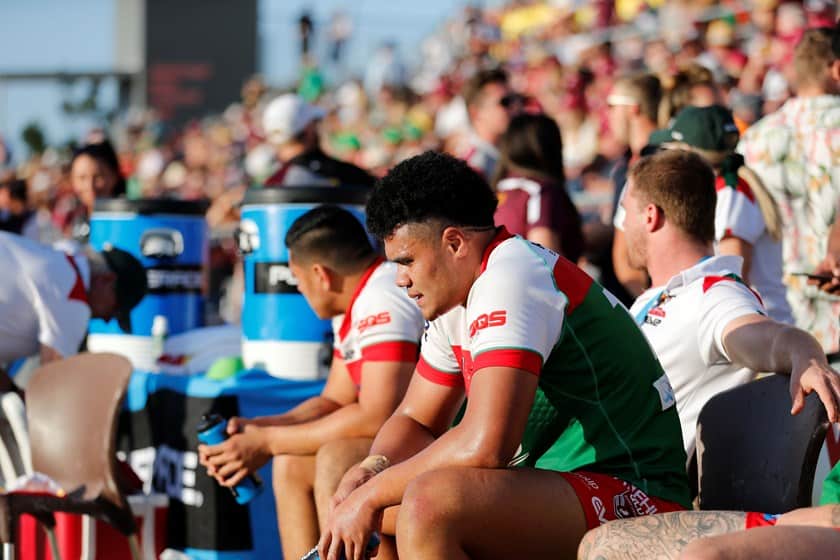 Wynnum Manly Seagulls forward Lucky Ta’avale has quite the story; he made his Intrust Super Cup debut on Sunday in the grand final match.

And in an even more amazing twist, this meant he played in two grand finals back-to-back in the past fortnight after helping guide the Seagulls to the Brisbane Rugby League A Grade In Safe Hands title with a last-gasp win over the Valleys Diehards last weekend.

While there were two different results following Wynnum Manly’s loss to the Bears at Dolphin Stadium yesterday, Ta’avale said he was grateful for the opportunity to test himself on the Cup stage.

“It was an honour playing for the Wynnum (Manly) Seagulls, alongside these boys,” the forward, who was named to make the step up after the suspension of lock Max Elliott said.

“Not the result that we wanted though, looking forward to the preseason and get stuck back into it next year.”

For Ta’avale, his debut has been a long time coming after he played his way through the grades as a youngster.

“I started with Wynnum juniors in 2016, I played with the Mal Meninga team and got through to the Colts there, won with the Colts in 2016 and went over to South Sydney (Rabbitohs) for a couple of years,” Ta’avale said.

“I came back in June this year before the deadline and I had to work my way through the BRL to get my spot in the Cup side, and I am truly grateful for the opportunity today.”

When asked, he said his return to the club felt like he had come home.

“100 per cent, the boys are tight. Everyone is welcoming and so it made it easy for me to move back.”

As for his emotions in the lead up to the game, he didn’t have a huge amount of time to prepare; but he had been working hard all season to grab his opportunity when it arose.

“I didn’t know if I was going to play, but when Brido (coach Adam Brideson) told me at training I was stoked and wanted to go out there and not let the boys down pretty much,” Ta’avale said.

In his 17 minutes on the field, Ta’avale made the most of his limited time, making two strong runs for 14 metres, including a tackle break.

Having now experienced the pinnacle of the Intrust Super Cup, he is hoping to earn his spot in the side again next season.

“(The intensity) was up there, 100 per cent! It was quick! Credit to Burleigh for playing hard, congrats to them,” he said.