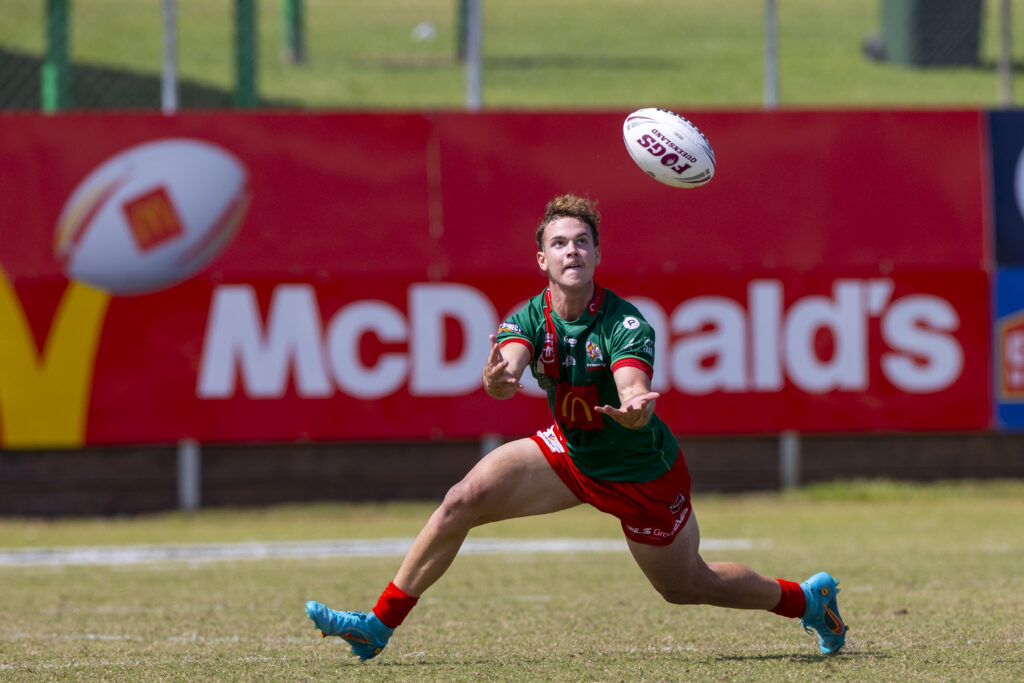 The McDonalds Seagulls Academy were in action again this weekend in some massive games for the club.

The Hastings Deering Colts and Mal Meninga Cup U18s teams played on Sunday at BMD Kougari Oval against Redcliffe, while the Harvey Norman U19s women’s team were invited to play an exhibition match as a curtain-raiser to the NRLW Grand Final at Redcliffe’s Moreton Daily Stadium.

The Hastings Deering Colts were keen to make amends for their Round 1 loss to Townsville Blackhawks in a rematch of the 2021 Grand Final.

They came up against a very good Redcliffe Dolphins team under the hot Bayside sun.

It was tough going for the Seagulls as Redcliffe broke out to an early lead, before the Gulls scored twice to hit the front.

Redcliffe went into the break leading 14-10.

Both sides scored two tries each in the second half and Redcliffe maintained their slender lead right until full time, winning 28-22.

Four tries from Redcliffe centre, Ali Leiataua, proved the difference as the Colts fell to 0-2 to start the season.

The Harvey Norman U19s Seagulls were invited to play before the NRLW Grand Final at Redcliffe.

This was an exciting game with incredible exposure for our Seagulls women’s team, with a large crowd there to witness the encounter.

The Seagulls team went on to win the match 26-14 in a dominant display.

With a shortened season due to poor weather, many women in this match will be counting down the days until they can play a full season of football for their respective clubs.

A number of the U19s Seagulls have already made the step up into the BMD Premiership team this season, with the club well-placed heading into the future with so much talent on our books.

Redcliffe scored on the 26 minute mark, only for the Seagulls to score again just before half time, taking a 20-6 lead into the break.

Three tries in 13 minutes after half time put Redcliffe back in the game, only down 24-20.

However, the Seagulls scored late to ice the game, running out winners, 28-20.

Special mention goes to Felix Faatili who scored 3 tries and assisted another, playing at prop forward. Felix also gained the honour of QRL’s ‘Player to Bank On’.