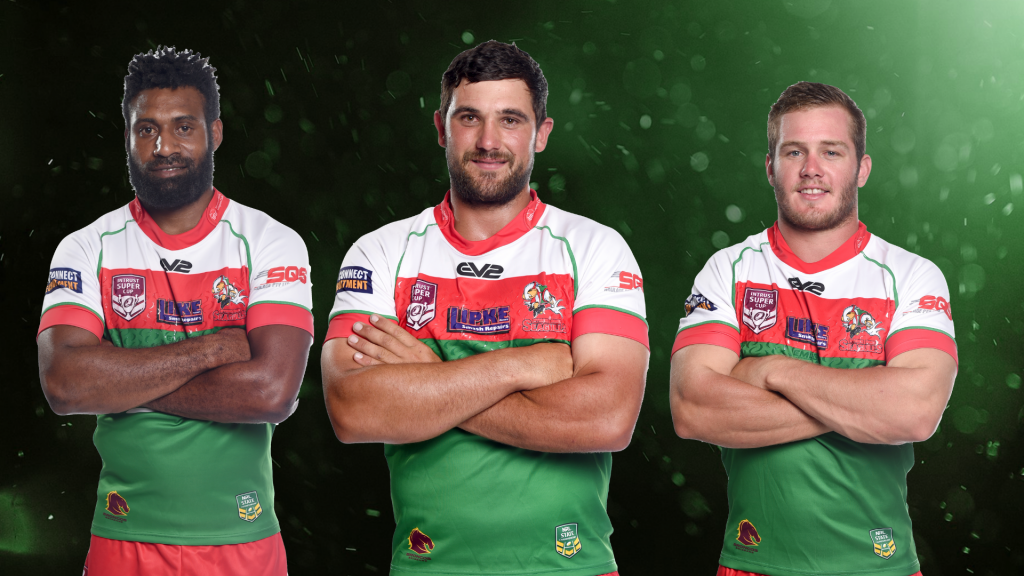 Fans saw the anticipated debut of new signings Sam Scarlett, Matiu Love-Henry and Junior Pauga as well as a handful of returning Gulls.

After a five-hour bus trip north, Wynnum wasted no time, literally scoring on their first touch – with NZ Warriors’ recruit Pauga snatching the awkward opening kick-off and scooting away for a score with his first touch in Seagulls colours.

Soon after hooker Mitchell Cronin finished off some good field position with a try-scoring scoot in addition to a four-pointer from five-eighth Jayden Berrell which round out the first quarter scoring for the ‘Gulls.

CQ hooker Billy Gilbert would eventually get the Capras on the board with a dummy-half charge of his own before the quarter time break.

The nimble feet of Delouise Hoeter proved to be ever-present early in the second when the centre manoeuvred his way to the first of two tries in his first hit-out for 2019.

This period of the game really served as a platform for the big men, with middle-forwards Aaron Rockley and Max Elliott toting the ball forward in fine form, the former doing so in celebration of his 25th birthday.

However the men from Rockhampton bounced back with three consecutive tries in the second, including a second to Gilbert.

Coming out trailing 22-18 at the halftime break, Wynnum replicated a similar effort to their first half, traveling the length of the field in the opening set and finishing with Hoeter’s second try.

Backrower Love-Henry would muscle his way over nine-minutes later to give the Seagulls a 10-point lead in the middle of a third quarter that notably increased in physicality, giving the Bundaberg crowd plenty to cheer about.

The Capras didn’t leave the third quarter without finding an answer though; a try to Junior Kirisome in the right hand corner brought them back into the game, before a long range break down the left edge by centre Nathan Bassani concluded in Wynnum winger Moses Pangai sent to the bin for a professional foul.

To the Gulls credit, that stood as the lone points surrendered during the 10-minute disadvantage, Wynnum defending valiantly until the return of Pangai with eight minutes remaining in the game.

Unfortunately for Adam Brideson’s charges, the Capras found themselves in the Gulls’ redzone within the final minute, snatching the game winner off the back of a freakish off-load.

The pre-season tune-up game proved its worth for both sides, with Wynnum fans licking their lips at the early attacking potency on display.

The Seagulls will return home for their third and final trial this weekend against their NRL affiliate the Brisbane Broncos. The Broncos have announced several big name players for the match including Alex Glenn, Tevita Pangai Jnr, David Fifita and the highly anticipated return of utility Jack Bird.