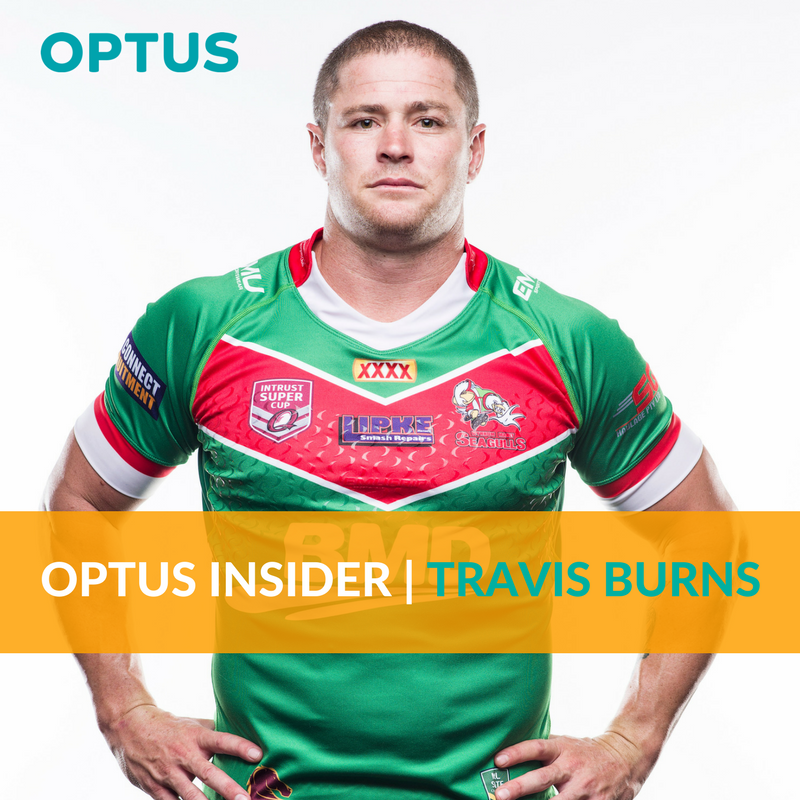 Wynnum-Manly Seagulls Travis Burns is hoping to be back on the Paddock as the club clings to hope of a Top 6 finals berth that continues this week when the club goes up against Northern Pride in Bamaga as part of the QRL’s Country Round.

The former NRL and English Super League player’s hand injury has limited his training but Burns is doing everything humanly possible to be ready for his return.

“Being out for so long you lose your match fitness. I’m doing a lot of running so that when I’m back I can be fit and ready to go.”

“I took a little bit of time off to try and get my hand right as quick as I can. Hopefully I’m on the field soon and back winning games for Wynnum.”

His stint on the sideline has given Burns a glimpse of the future for Wynnum-Manly and boom half Aaron Booth has impressed the decorated footballer.

“The young fellas have stood up. Aaron Booth who has come into the halves, unlucky for him he’s injured now. He’s a real player of the future; I have a lot of time for Aaron, he wants to learn and listen.”

One thing the experienced half has noticed since joining Wynnum-Manly is how well first-year coach Adam Brideson has handled what at times has been a difficult Intrust Super Cup season.

“He’s had a lot to deal with in his first year as a head coach with the injuries we’ve had and a few close losses. I think he’s handled himself well.”

The former NRL star has also seen how far the progress of the younger players has come along under the tutelage of the man affectionately known as Brido.

“You just see with the progress of the young players that have come in goes down to Brido (Brideson) and the coaching staff have fast tracked them that they can step into state league and play well.”

“We have a really good young squad and in the next few years you’re going to see a lot of success.”

The likeable Burns is unsure if 2017 will be his rugby league swansong but is keen to finish the season with back on the field for the Seagulls.

“I haven’t made that decision yet. Obviously I’m 33 years- old now and I’ve had a good career. If it comes to call time as a footballer at the end of this year I’ll be happy with that decision.”

“Something I’ll have to speak to my family and obviously Brido (Brideson) about. It’s been a tough year with a few niggling injuries I’ve had and that just come with age. I’m not young anymore; I’m at the back end of my career.”

“I’ve thoroughly enjoyed my time and I just want to get back on the paddock for Wynnum and if it is my final year finish my career in good stead and win some games with a great bunch of lads.”