Thousands packed into Moreton Daily Stadium were on the edge of their seats as the game went into extra time, with the Seagulls and Townsville Blackhawks locked at 16-16 at full-time. Seagulls fullback Ben Farr was named Hastings Deering player of the match for his efforts, which included one try in the third minute, which were the first points of the game.

“We had a pretty poor first half. In the second half, we really dug in there. Again, we weren’t at our best, but to come away with a result like that is outstanding,” Dobson said.

“I’m just proud. I make them practice that bullseye every captain’s run. Doesn’t always come off, but today it came off. I’m absolutely proud of them.”

Dobson said the standout moment for him was definitely the field goal.

“Maxxy Plath, to come back from an ACL and kick the winning field goal in extra time… nothing beats that,” Dobson said.

Blackhawks coach David Elliott said “what a game to finish the year”.

“Fitting, one versus two, right down to the wire… we thought it would be close, but to finish like that, it was a really good representation for what the comp is,” Elliott said.

“To my blokes, Tom Chester… his couple of tries there… just his will to win… I thought he was really good in a beaten side. It was a very close contest.” 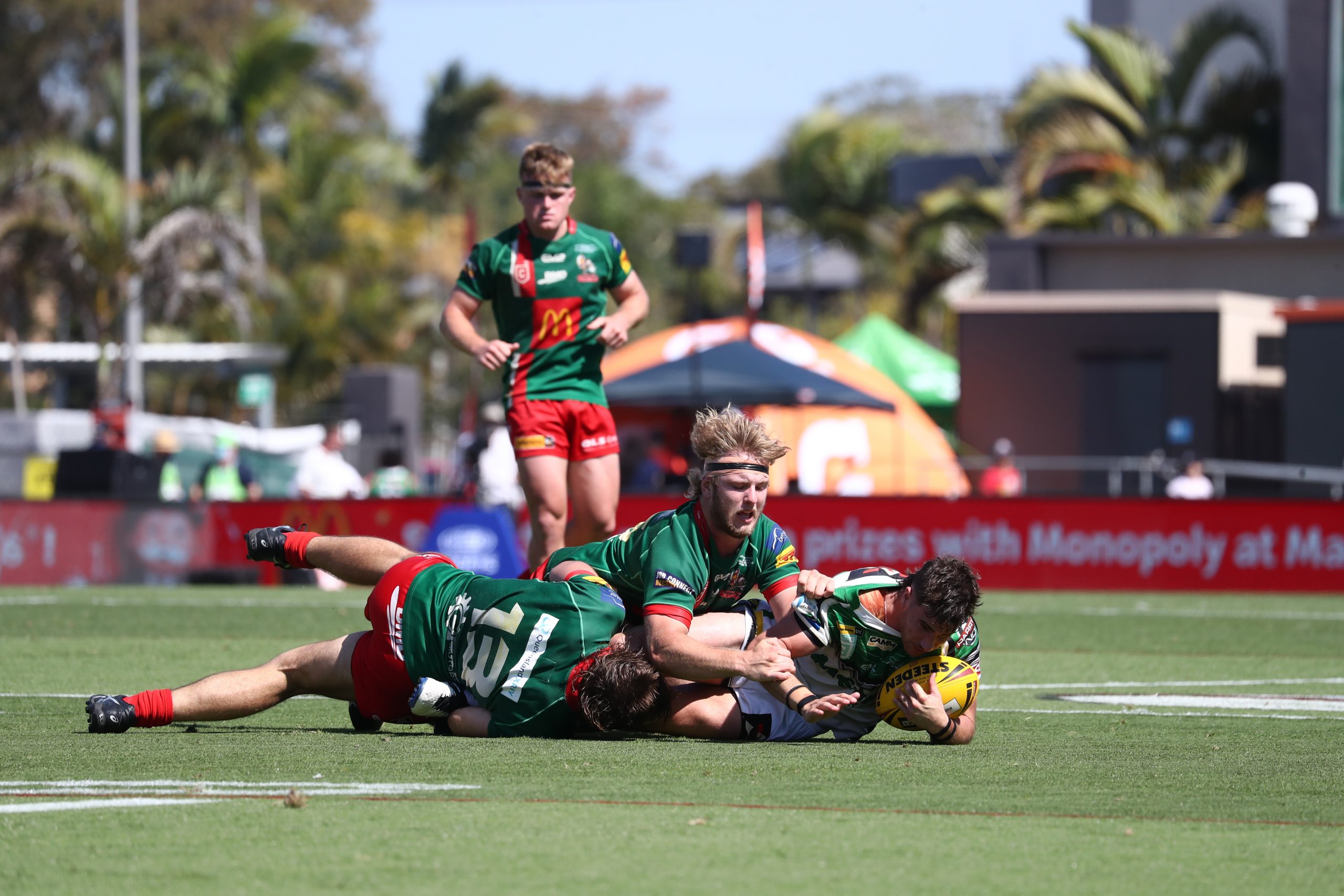 It’s the biggest game of the year for the Wynnum Manly Seagulls and Townsville Blackhawks, with both sides battling for the 2021 Hastings Deering Colts title.

The two sides won their way into the this year’s decider in contrasting styles, with Wynnum Manly coming out on top in a tough and physical encounter against Redcliffe Dolphins, while the Blackhawks were on their game in a high-scoring victory against Sunshine Coast Falcons.

Wynnum Manly were put points on the board three minutes in, courtesy of of try to handy fullback Ben Farr; Braden Whittaker converted to make it 6-0.
The Blackhawks’ Jesse Yallop struck back in the 11th minute with a handy try on the wing on the Des Webb Stand side of the field. The Blackhawks’ Tomas Chester nudged the his side in front in the 23rd minute and Zac Laybutt converted to take the score to 10-6.

At half-time, the Blackhawks hold a slim 10-6 lead and it’s anyone’s game in the second half.

Not to be outdone by his brother, Wynnum Manly winger Tom Farr crossed for a try – with plenty of air – in the same corner as Yallop did in the first half.

Wynnum Manly’s John Radel put the Seagulls ahead with 13 minutes remaining after some lead up work.

Just to keep everyone in the crowd on their toes, the Blackhawks’ Tomas Chester crossed for his second try in the 71st minute, and Laybutt converted, to take the score to 16-16 with seven minutes to go.

Score sits at 16-16 at full-time. Extra time it is. Game goes to golden point.

The first field goal attempt by the Blackhawks, just before the first five minutes of extra was complete, hit the posts.

Wynnum Manly’s attempt at a field goal 20 seconds into the second five hit the post also.