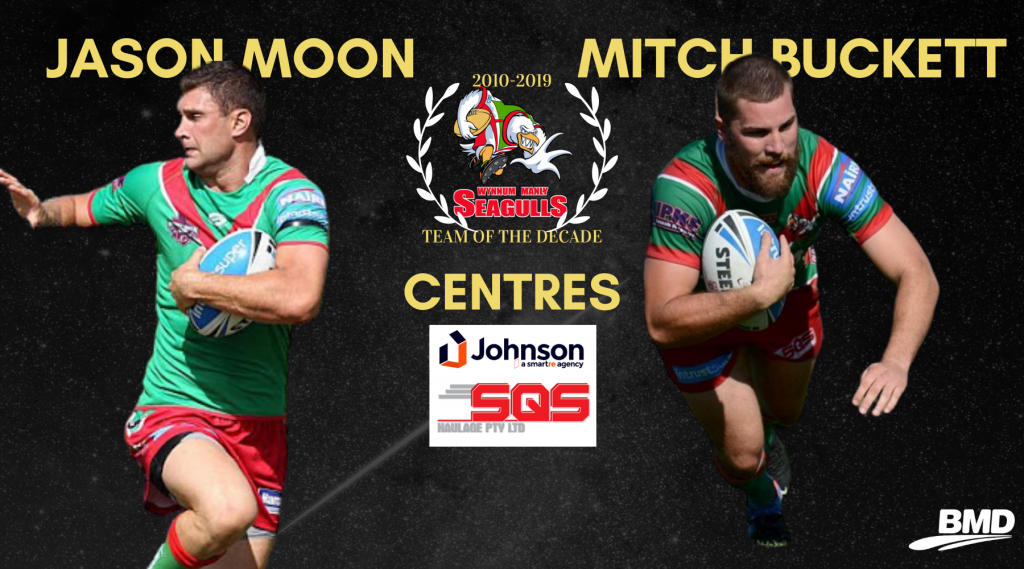 The fans have spoken and they want to see the dream team of Mitchell Buckett and Jason Moon partner in the centres for the Team of the Decade (2010-2019).

Back to back premiership winner Moon was an overwhelming favourite with 52% of the vote. While Buckett was a clear second place, with Gulls’ fans wanting to add his physical presence alongside Moon.

With the selection of Buckett and Moon, the Fans’ Team of the Decade back five is now decided and it is a formidable lineup that is forming. There are plenty of points in this lineup and now we head to the creators in five-eight and halfback over the next two weeks.

Stay tuned for voting on the Five-Eighth position for Seagulls fans Team of the Decade.