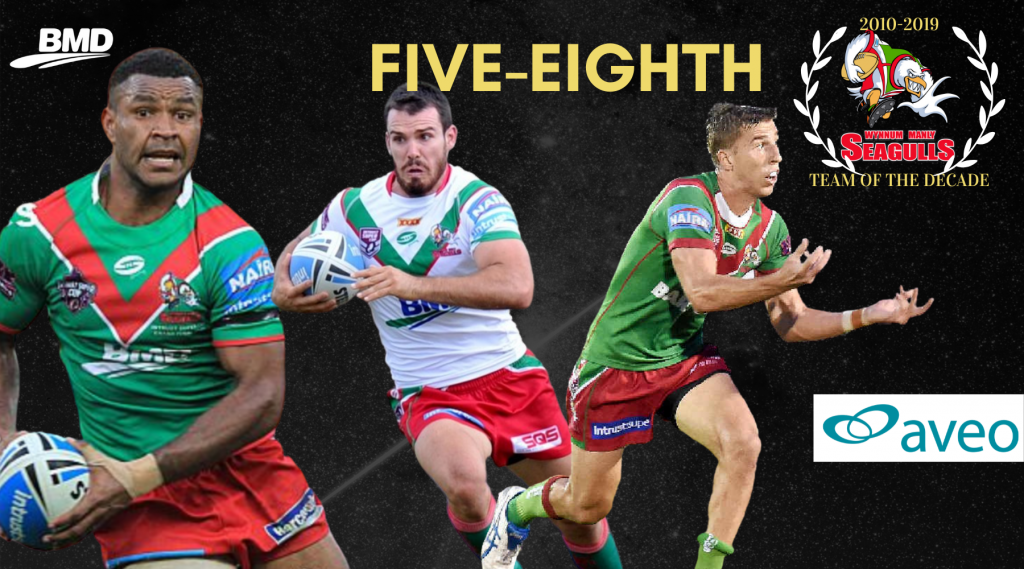 The back five is decided and we move on to the playmakers for the Team of the Decade.

The Seagulls have been fortunate to have some quality men wear the number 6 jersey over the past decade and it will be a tough choice for fans to decide who will don the famous jersey once worn by ‘The King’ Wally Lewis.

Templeman is the current Seagulls five-eighth and played a key role in the run to the 2019 Intrust Super Cup Grand Final. Joining the club from the Canterbury Bulldogs in 2015, Templeman won the Courier Mail Medal (now called Petero Civoniceva Medal) in the same year.

The dynamic Fauid was a member of the 2012 Seagulls Premiership winning team. The Dolphins had scored first in the final but Fauid would level the score just before the break when a Luke Dalziel-Don offload put him over near the uprights. Although his stint was brief, Fauid made a mark on the club before departing at the end of the 2013 season.

Joining the club in 2014 Cronin would form a formidable left edge with the already-selected Mitch Buckett (centre position) for a number of years. Cronin came from the renowned Roosters and Cowboys systems and went on to be selected in the Queensland Residents squad in 2014.