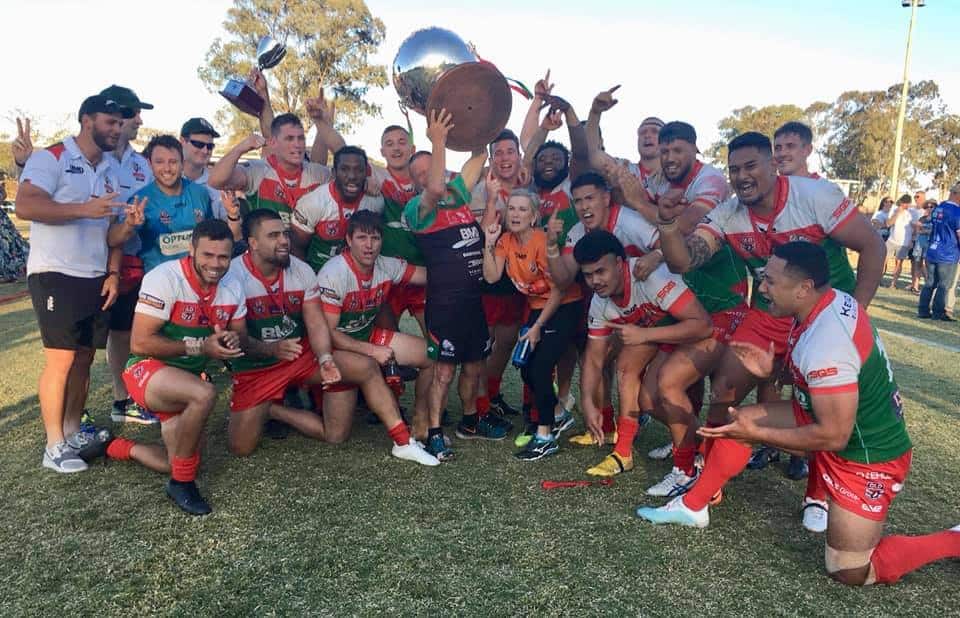 The Seagulls are BRL A Grade In Safe Hands Cup premiers after posting a thrilling 22-20 win over the Valleys Diehards.

Played in front of a vocal crowd at Bishop Park, the Gulls were behind for all of the game except the last five minutes where they snatched the victory.

The game started poorly for the Gulls however, with Valleys winger David Fauid crossing early, before James Toole was able to level the scores for the Gulls after running through to post the first points for defending premiers.

Both teams were unsuccessful with their conversion attempts; with scores locked at 4-4 with eight minutes to go in the half.

A clever kick-off was rewarded for Valleys when they were able to regather the ball, before a penalty gave them great field possession with five minutes to go in the half and Bradley Frith showed great strength at the line to strain his arm through to score and put Valleys up 8-4.

Jack Miers was successful with this conversion attempt to see the Diehards go into the break with a 10-4 lead over the Seagulls.

In the second half, the Seagulls started strongly and with great intent in defence.

That was rewarded when they were pressuring the line and Andrew Clayton was able to power his way through. Tristan Hope, who claimed the player of the match honours, locked up the scores at 10-10 with his successful conversion.

Valleys pulled ahead again when Miers crossed and they got out to a 20-10 lead with 14 minutes to go when Fauid went over for his second.

However, the Seagulls had been fighting their way through the competition for the past few weeks to make it to the finals, let alone the grand final, and they were not going to give up without a fight.

Second rower Sam Elliott started the comeback with seven minutes to go when he showed his strength to put the ball down near the right upright and the scores were 20-16.

They went back-to-back after a break down field was finished by a good run from Edwin Ipape who ran in and dived behind the posts to lock up the scores. Hope, who played for Redcliffe in their loss to the Seagulls in the grand final last season, was again successful with the key conversion to put the Gulls in the lead for the first time in the match.

Despite some desperate back-and-forth between the two sides as the clock ran down, the Seagulls were able to hold onto their newly earned lead to claim the title for the 2019 season.

“I reckon that was the hardest 80 minutes I have ever played, with about 10 minutes to go, we were down by 10 and everything was going against us to be honest, but we just stuck strong and we had the wind behind us,” Hope said after the match.

“We have been walking the tightrope for about six weeks now to try and get to the final and we knew that if got here, we’d get the job done – but it took an 80-minute performance and I am just stoked that we got to lift the trophy at the end.”

Earlier in the day, the Beenleigh Pride and Wests Brisbane Panthers played out another thrilling match in the Reserve Grade game, with a Craig Chapman field goal in extra time snaring the win for the Pride.