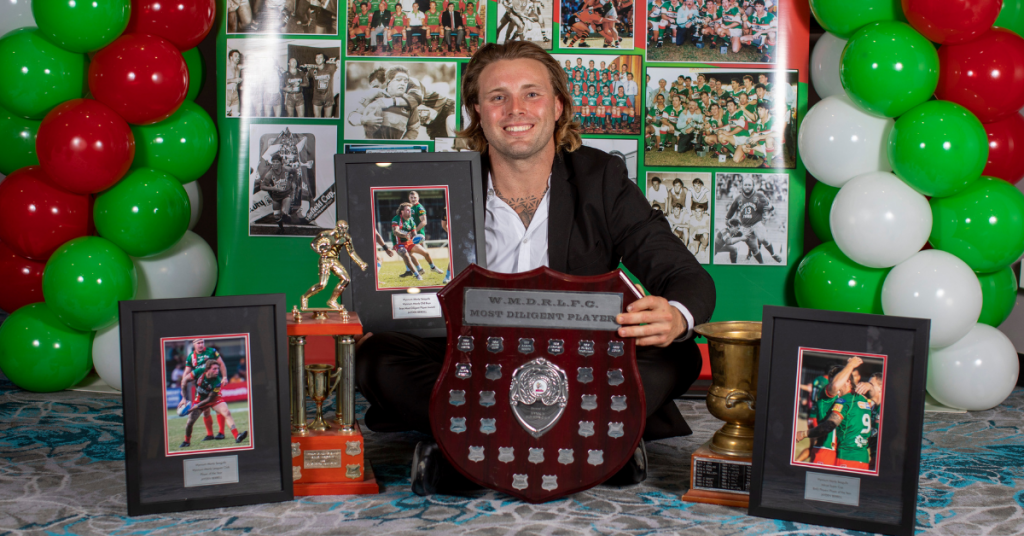 On Friday evening, the club hosted its annual Awards Gala, recognising the contributions of players, staff and volunteers throughout the year. Hosted by Peter Psaltis, the evening capped a terrific season on and off the field for the club.

The annual awards are more than just recognition of on field performance. The Gala provides the club an opportunity to thank and acknowledge the people that contribute their and energy to our shared values. Spanning a variety of categories, major awards were revealed including Volunteer of the Year and Best Junior to Senior, which rewards outstanding growth and development through our Junior Programs. 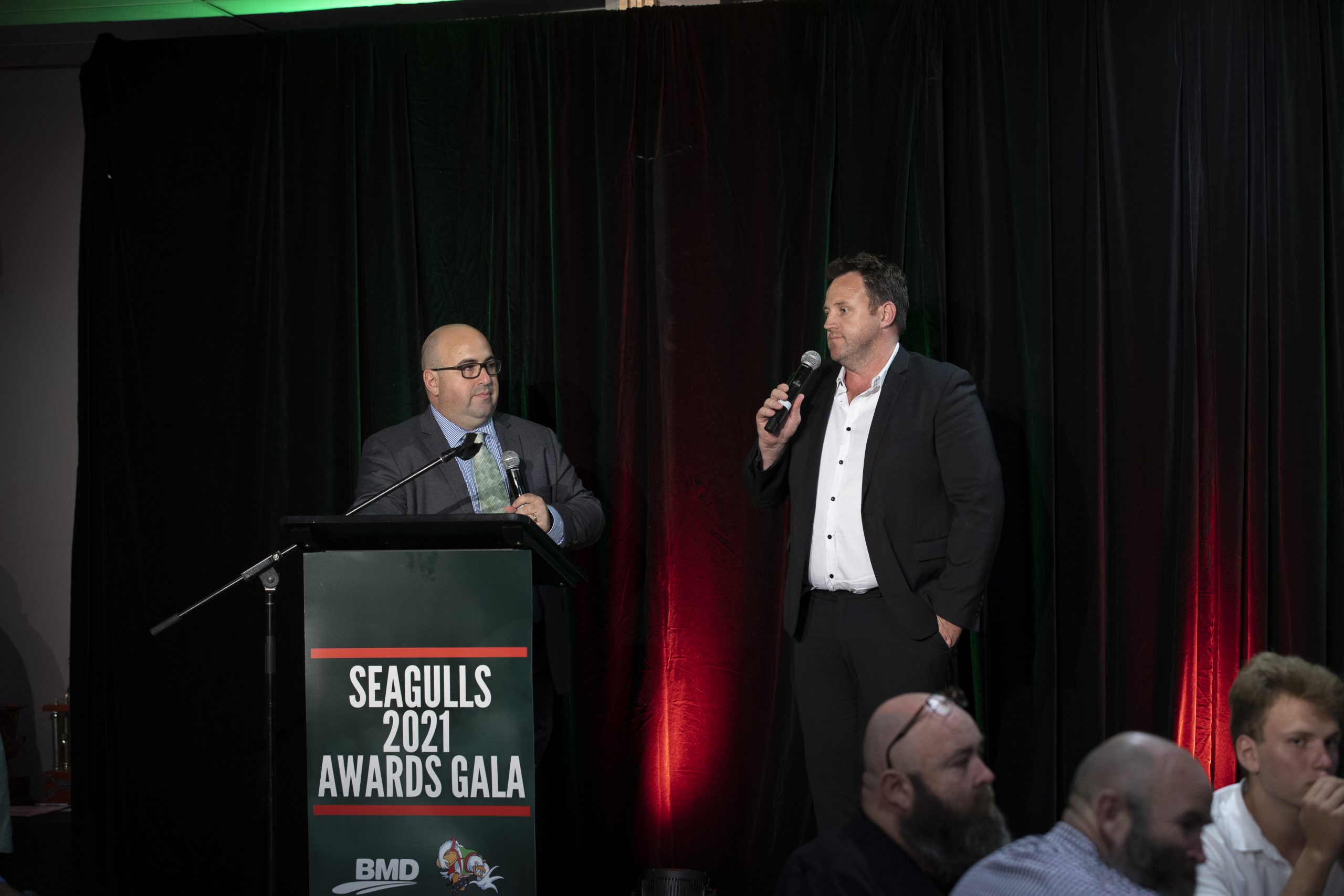 After a stellar season, Jayden Berrell took home the coveted Wynnum Manly Leagues Club Player of the Year Award in the Intrust Super Cup. The Player of the Year awards are voted on by the coaches in a 3-2-1 tally system after every game.

Berrell was recognised by the entire QRL earlier in the year for his performance in 2021, receiving the Petero Civoniceva Medal for Best and Fairest over the entire Intrust Super Cup season. The Cup Player of the Year was the final of three major awards that the Seagulls hooker took home on Friday. 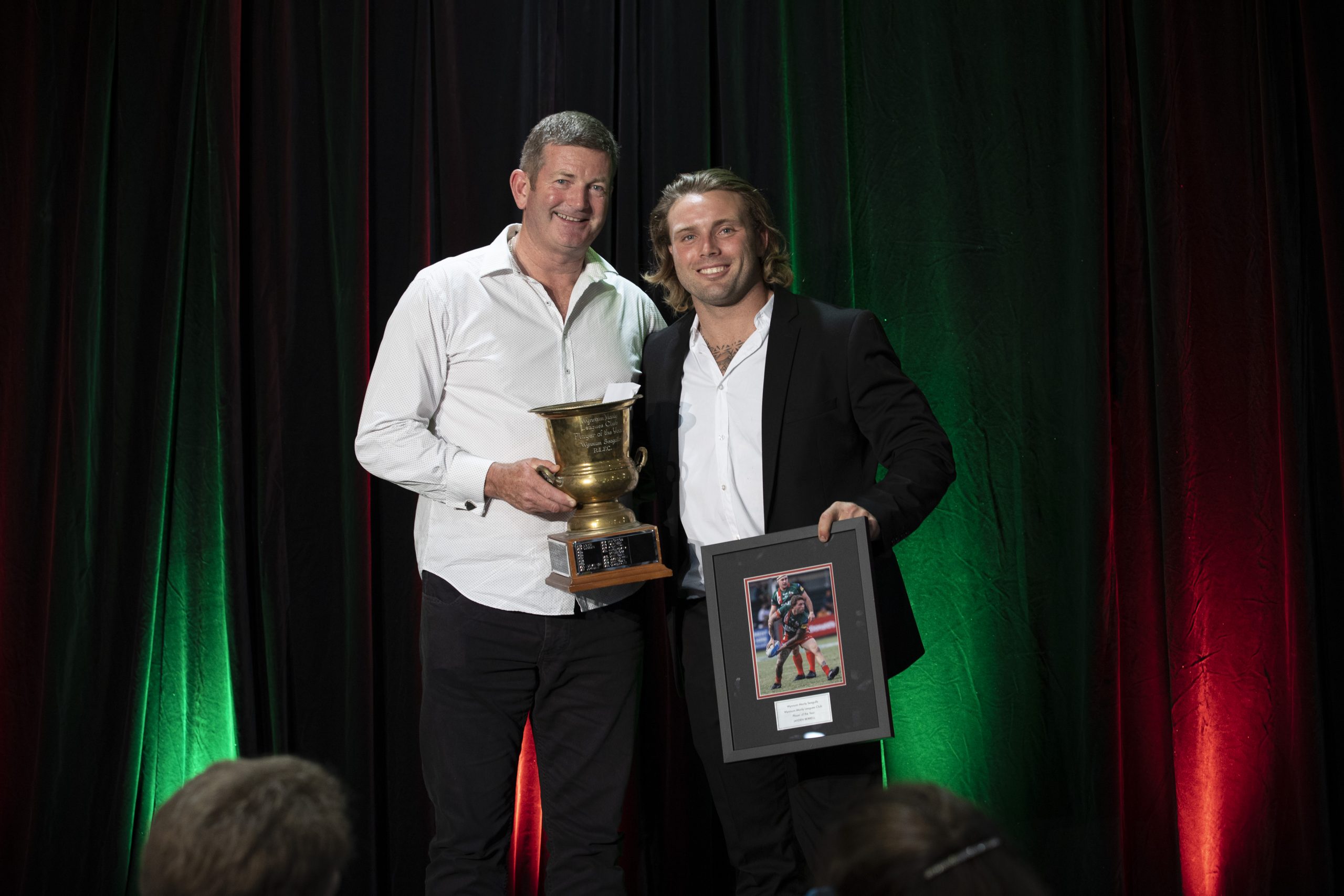 Beyond the coaches award, Berrell was recognised by his peers, voted Players’ Player of the Year by his teammates. The Wynnum Manly Old Boys also presented their perpetual award for the Most Diligent Player to Jayden Berrell.

In a fitting tribute to the club’s former captain, the Inaugural Mitch Cronin Medal was presented by Chris Cronin for the Club Person of the Year. This perpetual award was founded to honour Mitch’s legacy and is given to the person who best exemplifies the core values of the club. Tristan Hope received the Medal in it’s first year. 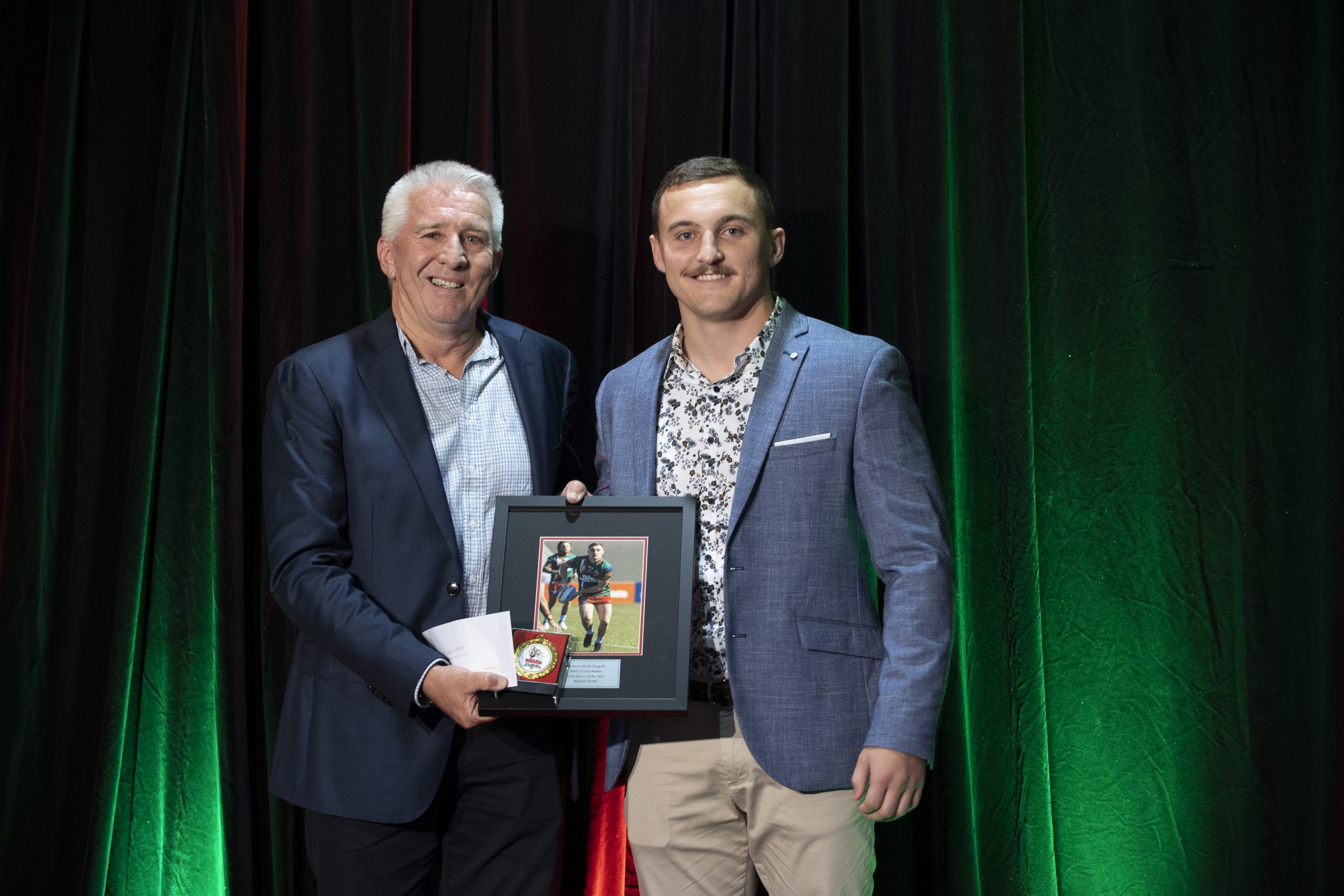 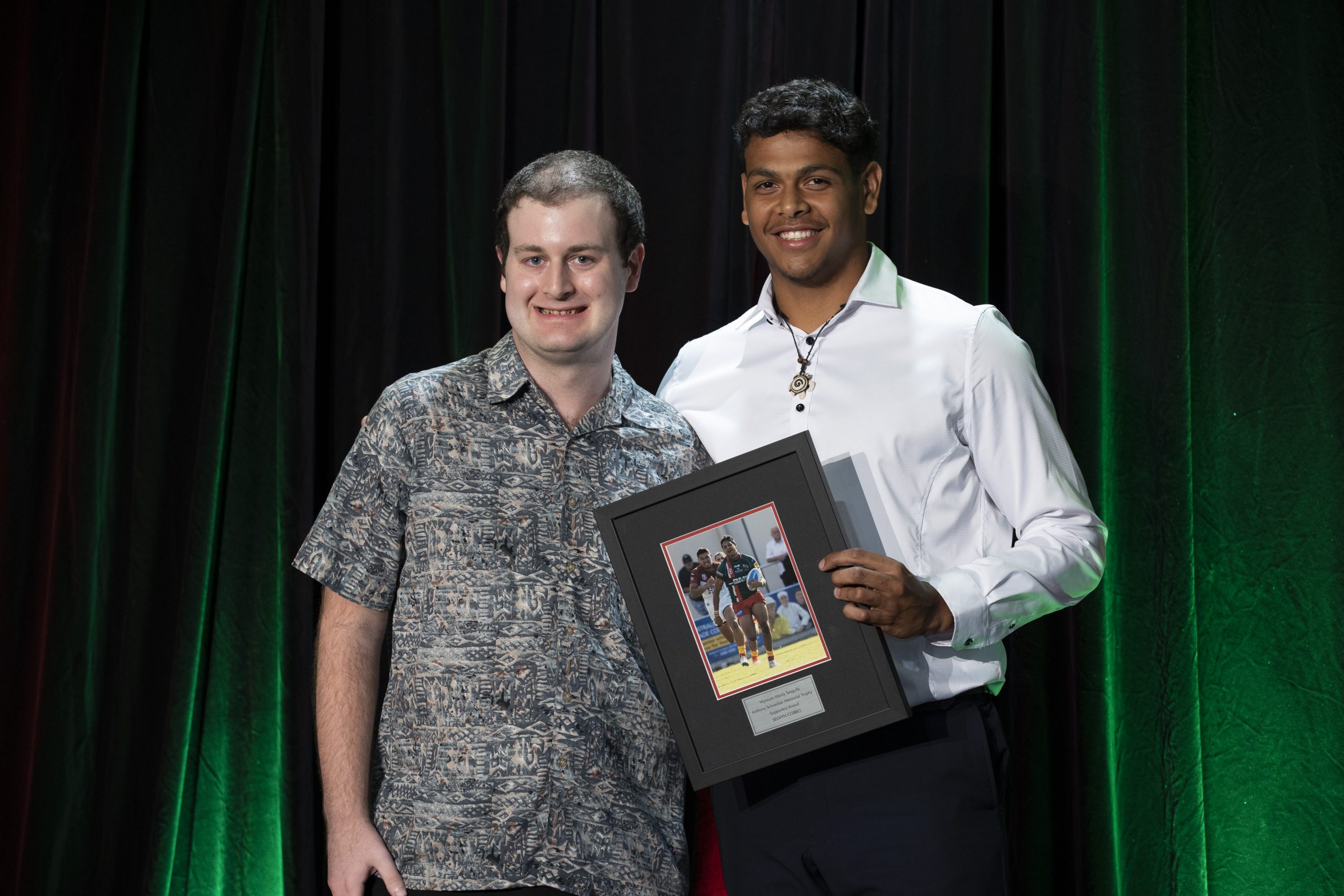 Lenny Creeber was awarded the Arch Geary Shield for volunteer of the year, as he completes his 22nd year volunteering for the club. 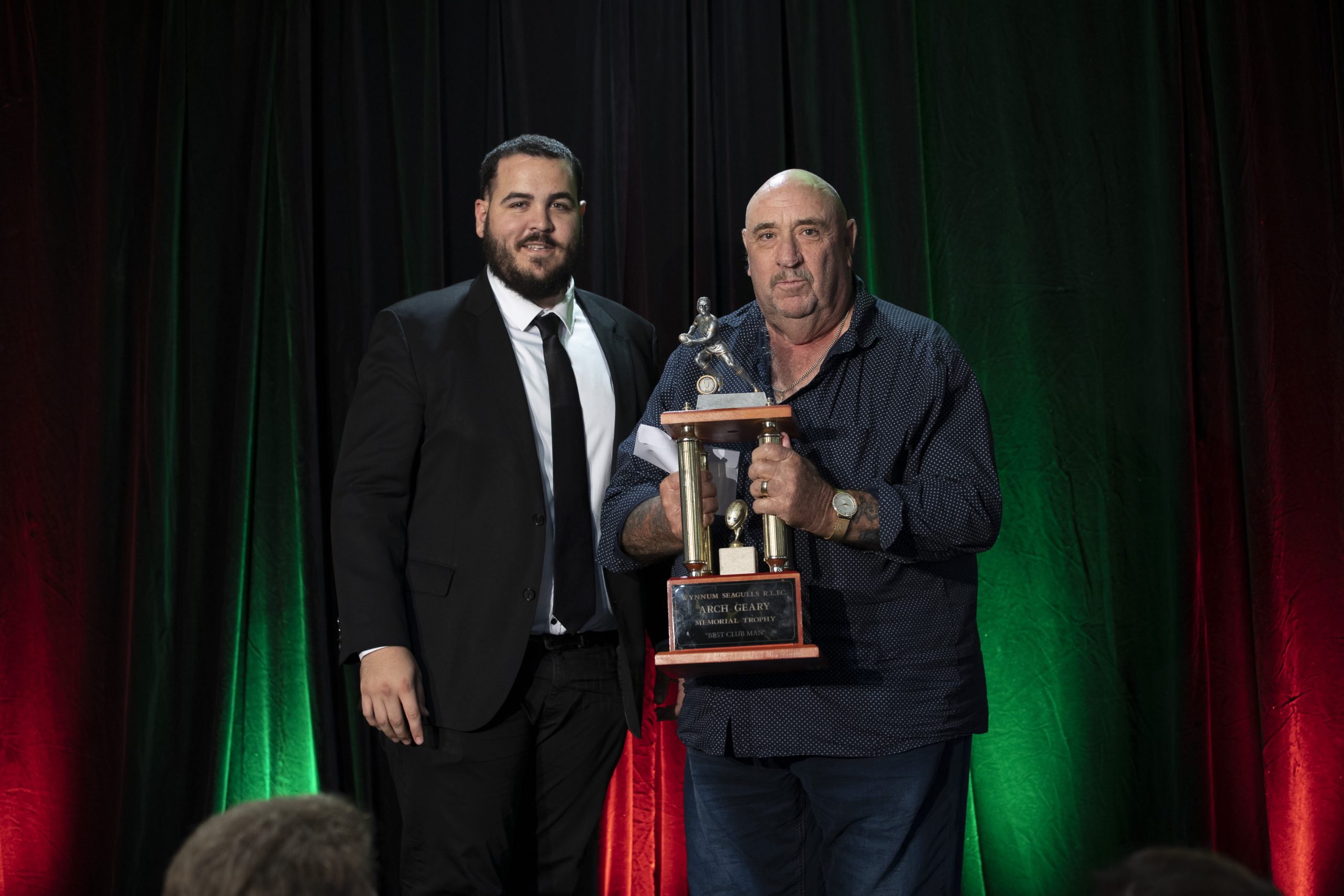 In the Hastings Deering Colts, Alec MacDonald took home the U21s Player of the Year Award. Harrison Graham was voted by his teammates as the Players’ Player and also received the Trevor Neibling Shield for Best Junior to Senior. The pair were instrumental in the success of the Premiership winning Colts. 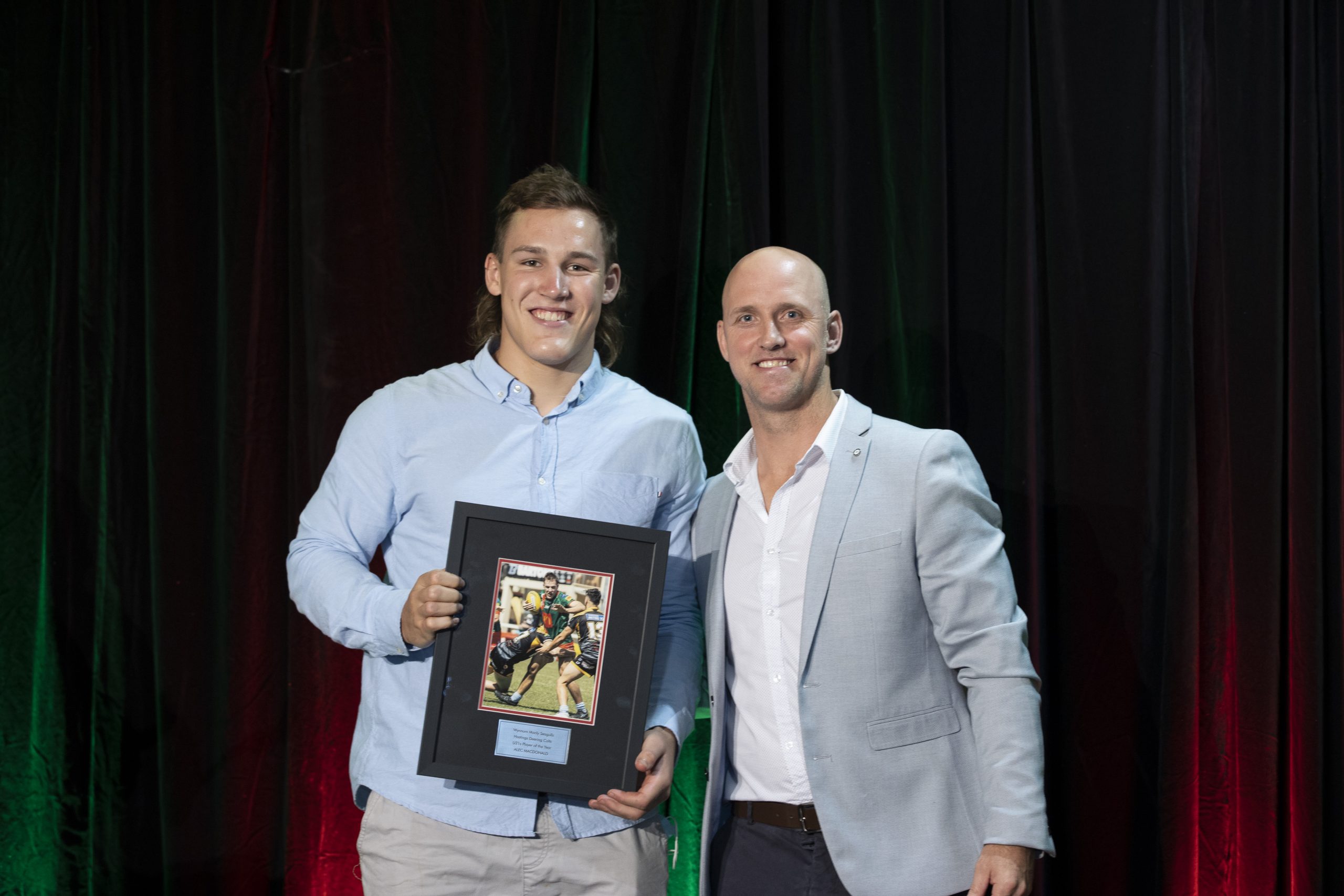 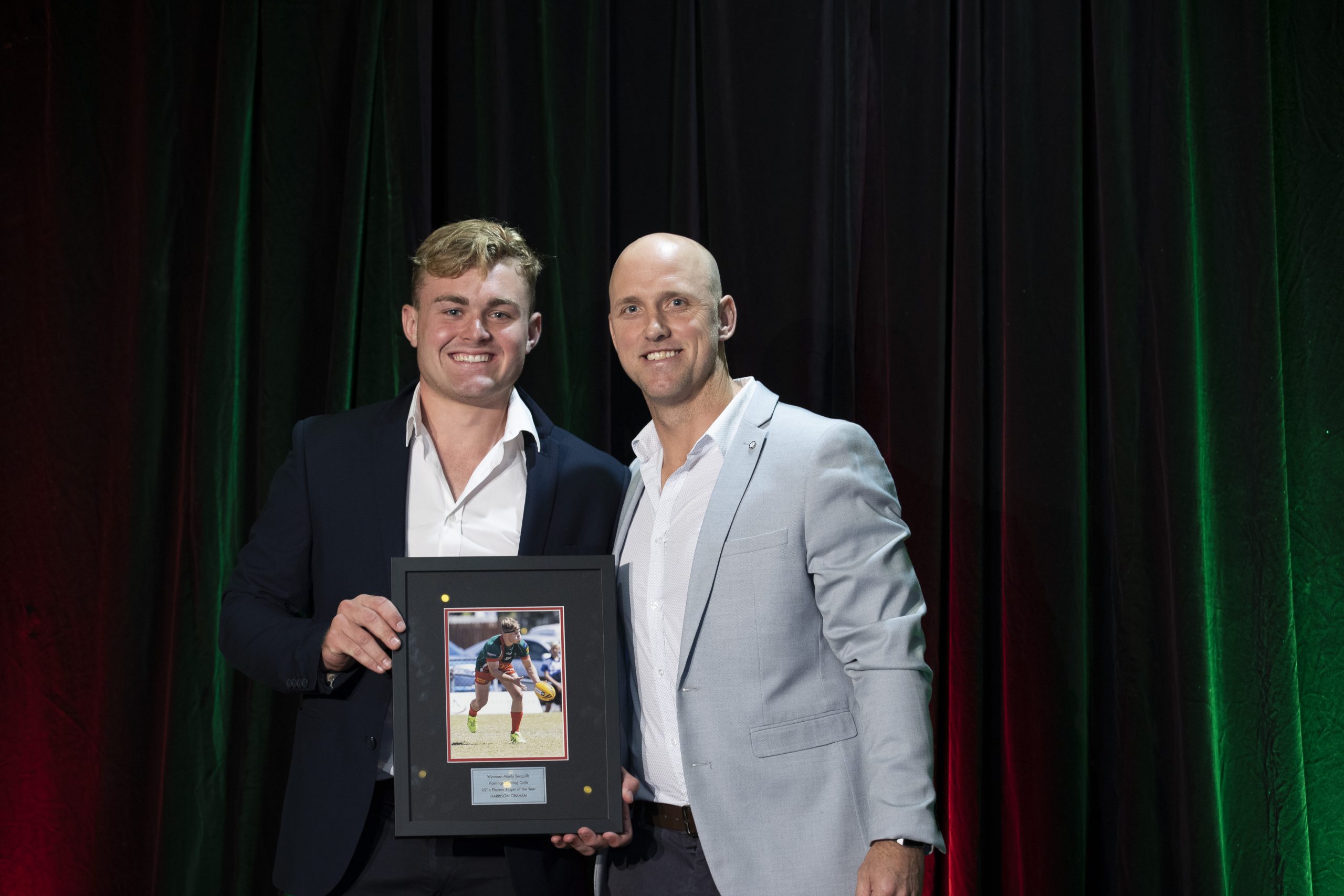 Alongside major player medals and trophies for the Intrust Super Cup and Hastings Deering Colts, the club also acknowledged the winners of team awards from the seasons completed earlier in the year.

In the Auswide Bank Mal Meninga Cup U18s, Shaun Packer won the Players’ Player prize and Nathaniel Tangimataiti was the Player of the Year.

2021 saw the Seagulls enter a team in a women’s competition for the first time in club history. In the inaugural year of the women’s program, Jacinta Carter was the Harvey Norman Women’s U19 Players’ Player and Jayda Lofipo was the Player of the Year.

Max Cameron was also presented a life membership during the Awards, recognising his long standing contribution to the club.