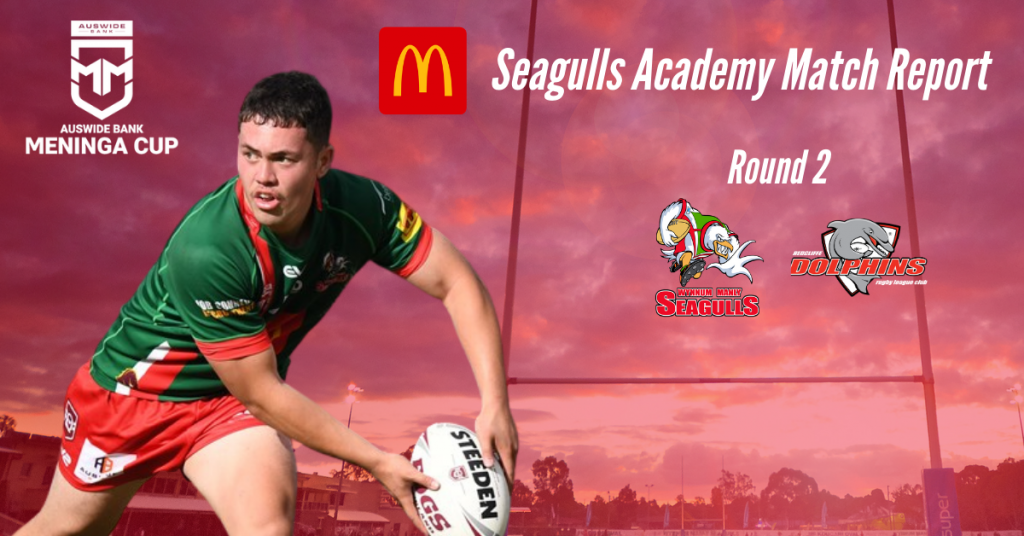 The Seagulls U18s moved in to the top 4 of the Auswide Bank Mal Meninga Cup after defeating the Redcliffe Dolphins 26-16 over the weekend.

Poor ball control and ill-discipline plagued both teams to start the match, before Redcliffe scored and converted the first try (9′).

The teams went back and forth again until Braydon Seu-Easthope scored to bring the Seagulls within two points (19′), with a missed conversion.

Jayden Elder (34′) and Haizyn Mellars (37′) both broke the line to score before halftime. Blake Moore converted both tries, putting the seagulls in front 16-6.

The Dolphins scored quickly (42′) to open in the second half, bringing the score to 16-12 after a successful conversion.

Redcliffe’s momentum was halted when Ulisese Nati was sin binned for a professional foul, after Luke Philip broke the line.

With the Dolphins defending a man down, Haizyn Mellars crossed again for his second try of the afternoon (47′) to extend the Seagulls lead to 8 points, 20-12, with a missed conversion by Moore.

Moore nailed his third conversion of the afternoon after Cooper Hewett scored Wynnum’s fifth try (62′), bringing the score to 26-12.

The Seagulls ability to complete tackles and maintain discipline in a competitive game allowed them to hold Redcliffe to just one more unconverted try (66′) for the remainder of the match and take home the win 26-16.