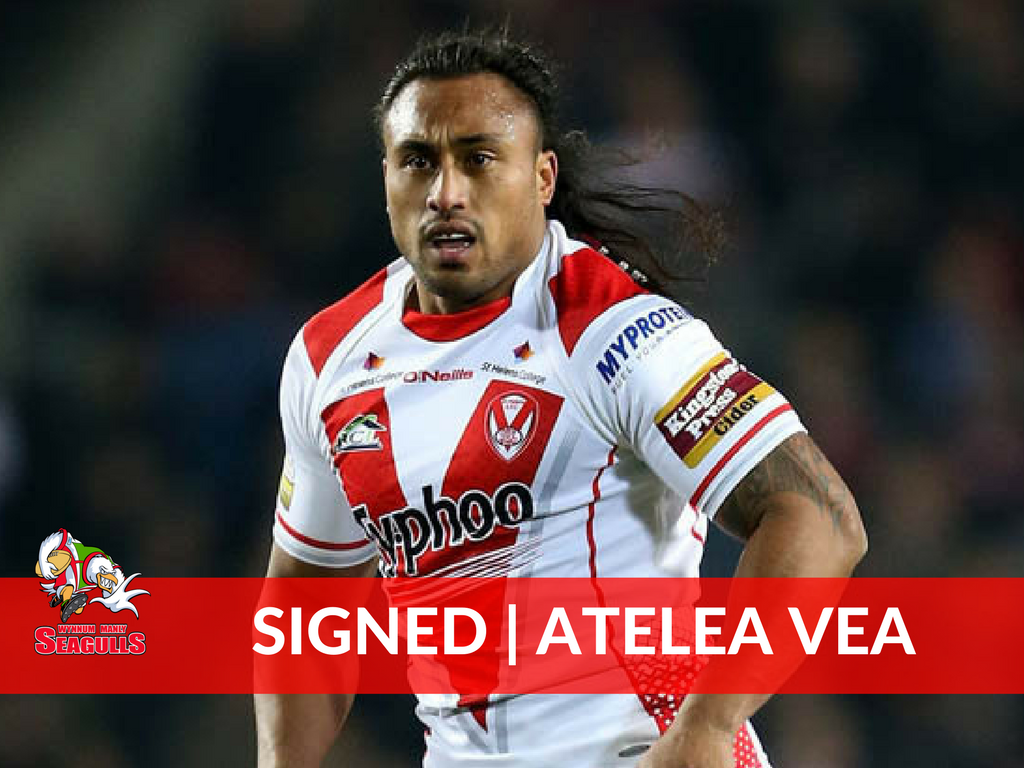 Vea arrives at BMD Kougari Oval from the UK Super League, where he had stints with Leigh, St Helens and London.

The 31-year old has played NRL for the Cronulla Sharks, Melbourne Storm and St George Illawarra Dragons as well as two tests for Tonga.

Vea is a strong, powerful forward who can play in the front row or on an edge. His hard running and physical style of play will be a big boost to the Seagulls’ pack.

Seagulls CEO Hanan Laban believes he is a great fit for the club and the Chook Pen will get right behind the new recruit.

“Atelea not only brings NRL experience to the club, but his versatility adds something extra to our forward pack.

He is big, athletic and imposing with the football which will hopefully lead to some second phase play or quick play the balls.

I am sure the Chook Pen will find plenty of voice when he carries the football next season.”

Vea returns from the UK this weekend and will commence training with the Seagulls on Monday.