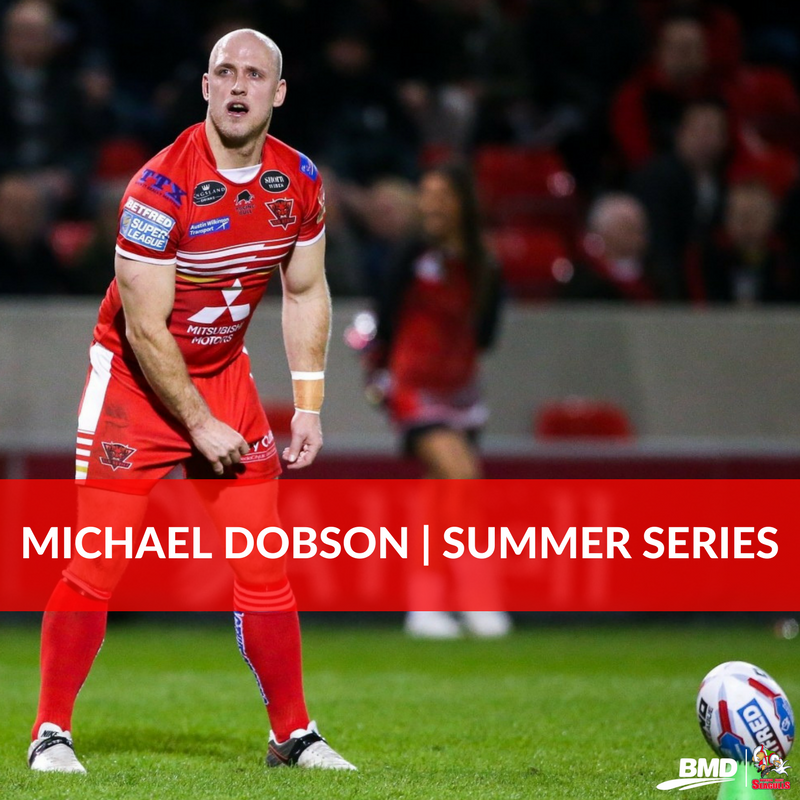 The arrival at Wynnum of former NRL and Super League half Michael Dobson is just what the doctor ordered after the departures of Travis Burns and club legend Mathew Seamark.

Dobson, 31, who has recently arrived back from England is embracing the good Queensland weather that awaited him on his return.

“It’s obviously hot but I’m enjoying it. I prefer to train in the heat than the freezing cold. The change has been good, nice and tough which is always good this time of year.”

His young family is also enjoying the change of seasons.

“They’re loving it. I’ve got two young boys and my wife loves it up here. They’re enjoying being outside again and not being locked up inside for 6 months of the year when it’s freezing cold. Once the footy starts it will be even better.”

The experienced playmaker is well aware that his knowledge and wisdom will be crucial in 2018 with a relatively youthful Seagulls side.

“The squad’s fairly young, I’m one of the older ones so hopefully I can pass on some of my knowledge that I’ve gained over the years.”

Dobson, who still had a season to run on his contract with Salford, wanted to come back while he was still at the top of his game.

“I’m only 31. That’s why I chose to come over this year; I wanted to come back whilst I’m still relatively young and fit, and still going alright. I’ll put all of my energies into the next two years here at the Seagulls,” added Dobson.

His time in Newcastle was a major factor in the pivot wanting to join the Seagulls and play in Queensland’s Intrust Super Cup.

“I spent most of the year playing NSW Cup; we had a really good squad and we were a close knit group. That was one of the appeals coming to the Wynnum Manly Seagulls.

“Knowing how much I enjoyed playing for Newcastle in the NSW Cup, hopefully we have similar success here at Wynnum.”