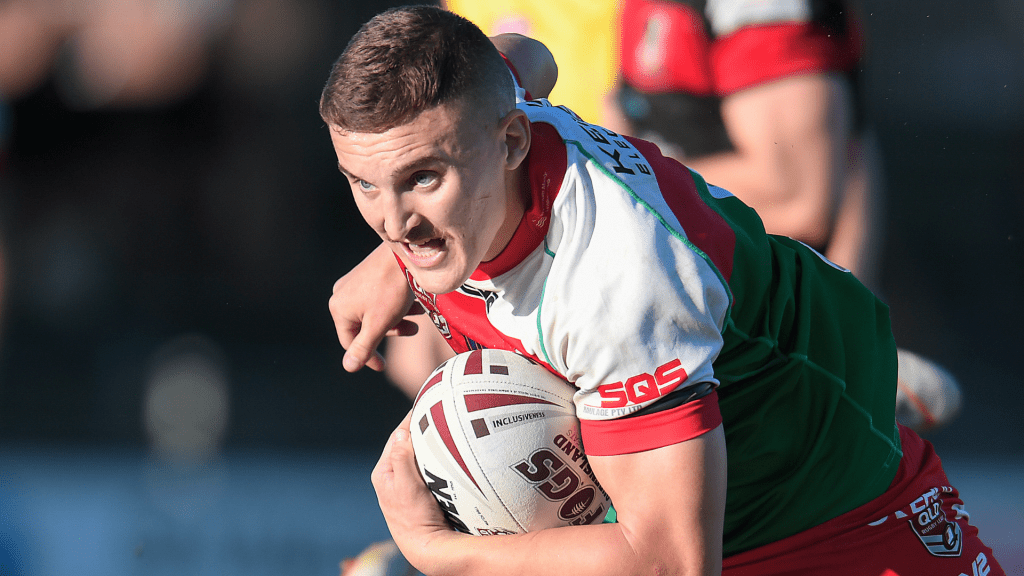 In Safe Hands Cup defending premiers BMD Wynnum Manly Seagulls will once again face off against the Easts Tigers in the minor semi-final this afternoon.

It will be a replay of their clash at Langlands Park last Saturday which the Seagulls won 22-12 – a win that secured their place in the finals.

Redcliffe Dolphins downed the Valleys Diehards 40-20 in Round 20, meaning the Seagulls’ season and their quest for back-to-back titles would have ended if they didn’t secure victory over Easts at the weekend.

The Tigers approach the finals with four consecutive losses and another loss at Langlands Park on Saturday will be their last outing as elimination is on the line.

Both clubs have named similar line ups to those which took the field at the weekend and with both clubs contending the Intrust Super Cup semi-finals, there will not be any injection of players eligible to be selected.

The cliché that whoever wins the forward battle will go a long way to setting up a victory as both packs are enormous and punishing. Seagulls skipper and big friendly giant Semisi Ahoafi and Tiger Lachlan Barr are two of the biggest units primed to come together.

While the big men roll up their sleeves and look for dominance, the points are in the back row of each side.

For Wynnum Manly, Sam Elliott and Corey Davis are regular chalk crossers and for the Tigers Jack Peoples and Tevita Wolski have bagged their fair share of meat pies. Easts also have a slippery back line including the genius of Shane Neumann.

The Seagulls also have the guile and experience of last year’s premiership winning skipper John Te Reo. Te Reo has more tricks than a car salesman and his pairing with the elusive Edwin Ipape will have to be addressed by the Tigers defence for Easts to halt a losing streak at could end their campaign.

The major semi-final on Sunday will see minor premiers West Brisbane Panthers and 2017 champions Valleys Diehards square off for a grand final berth at Bishop Park.

The Panthers had a comfortable win last week against the Magpies (36-10), their fourth in succession. Their last defeat was 14-12 at the hands of the Diehards in Round 16 at Kev McKell Oval.

The Diehards are coming off a 40-20 loss to Redcliffe last weekend, their first loss since Round 15.

Diehards coach Craig Kennedy has named David Fauid at fullback, however, he has also been named 18th man for Norths in the Intrust Super Cup. That game will be played beforehand at 1.05pm, suggesting Fauid may be a late inclusion.

Fauid has proven to be a handful at the back particularly in broken play. Fellow backs Sam Collins and skipper Joe Bradley will certainly be following Fauid in support play to capitalise.

Coach Kennedy is also blessed with some elusive ball players in Jack Miers, Zac Friend and Simon Brittain-Snowden, all capable of slipping through the defence to cause headaches across the park for the Panthers defence.

The Panthers will be without Tommy Butterfield, who has not been named.

Shane Pumipi, Eddie Tautali, Johnnie Fox, Michael Molo and skipper Foisa Peni will all return with fresh legs to add to the firepower that ran out last week while Zac Strasser and Joe Bond in the halves have the ability to set ball runners up across the park.

The Diehards can expect any try that is scored against them to be converted as James Olds goal kicking has hovered around 90 per cent for the season while bash brothers Chris Gesch, Jordan Brown and Steven Buckley all have tunnel vision with ball in hand, thundering only one way, straight towards the uprights.

A victory to either side will give them the week off to prepare for the In Safe Hands Cup grand final, which will be played on Saturday September 21 at Bishop Park from 3pm, while the loser will contest the preliminary final against the winner of the minor semi-final.