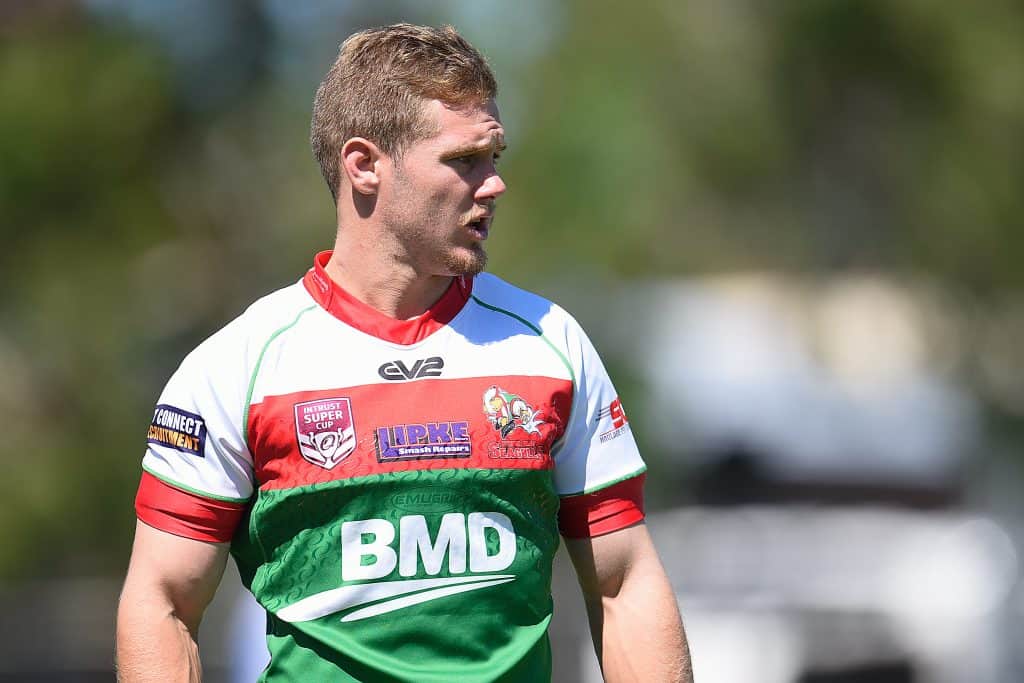 The clash between Wynnum Manly Seagulls and Burleigh Bears Sunday is guaranteed to be a corker.

The two sides have been extremely impressive during the Intrust Super Cup season, finishing the regular season second and third on the ladder respectively.

The Bears beat the Seagulls the only time the two sides played this year, in Round 6, but will have their work cut out to do it again with the Seagulls earning the home semi-final at BMD Kougari Oval.

The Seagulls have have only lost one game at home this season, and that was to minor premiers Sunshine Coast Falcons.

One of the most exciting things about the game Sunday will be the match up between two of the best halfbacks in the game in Seagulls and XXXX Queensland Residents star Sam Scarlett and Bears gun Jamal Fogarty.

Bears coach Jim Lenihan said Scarlett was indeed impressive, but he had every confidence in Fogarty, who was “certainly in the top two or three that is vital for us”.

“(Sam) is a player who gets his hands on the ball a lot – he’s a major focus of their attack – and he and Edene Gebbie combine on that right-hand side of the football field a fair bit with their kicking and passing,” Lenihan said.

“He’s a big part of their attack and an indicator of where the ball is going and certainly someone we’ve got to be aware of. Where Sam Scarlett seems to go is often where the ball goes as well.”

But Lenihan said of Fogarty: “Not only is he a good athlete, but he is a good communicator and organiser of the football side with a really good kicking game.”

“It’s not only what he does for us with his individual skill, but when he’s in the team he makes everybody else in the team better with his organisation. He’s a player that makes other players better,” Lenihan said.

Lenihan said this year he had worked hard with Fogarty on his defence and with choosing the right types of kicks at the right times.

“I think his defence has really gone to another level this year,” Lenihan said.

“He had some room for improvement in his defence, but this year he’s got the confidence and physically – he’s tackling the big back rowers that run at him all the time and he certainly gets spotted every game. His defence I think has really given him that extra confidence and I think on the back of him kicking well and defending well, the other parts of his game, like his attack and his organisation, have come on really well.

“We’ve looked at getting him to run the ball a bit more this year as well. We’re playing a style that encourages him to run the ball a lot more. He’s a very selfless player and he’s always looking to pass it, but sometimes some of our tries are set up two or three plays before with him making a 15-metre carry and getting a quick play-the-ball and then, off that momentum created, it gives other people in the side the opportunity to take advantage of that.

“He’s been one of those players this year that has been a bit of a standout for us.

“Every side every week is putting a lot of pressure on him and targeting him, but he’s standing up to that and the more he just keeps doing what he started out the year with – defending well and kicking well – I think that’s the foundation for us having a good back end of the year.”

“Both halves have been in really good form for their teams all year so it’s probably the match up of the round,Cronin said.

“I’ve played with Jamal before and like Sam he’s very good organiser and has a strong kicking game. He likes to play on the ball and is their go to for majority of the game, so if we can put some pressure on him it will go a long way to winning.

“Sam has been unreal for us all year, not only his attack but his leadership and for a small bloke his defence has been outstanding.”

Cronin, as the Seagulls prepare to play finals for the first time since 2015, told Wynnum Herald playing at home was a bigger advantage for the Seagulls than any other team in the competition.

“Getting a home semi is massive for us, we’ve only lost one game at home all year and that’s because the fans really get behind us,” Cronin said.

“Finishing second on the ladder has given us a lot of confidence that we can now push for a premiership.”