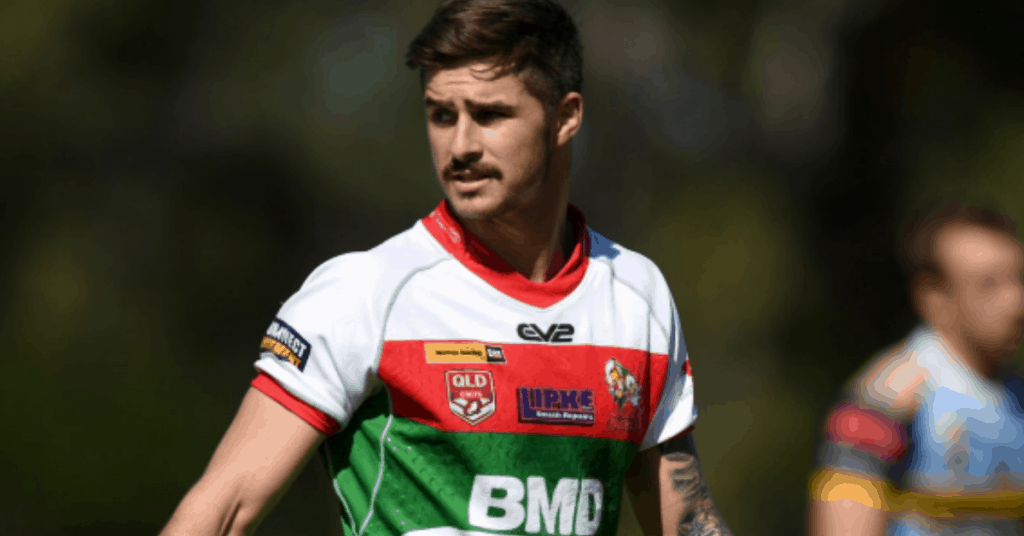 Nobody tell his parents, but Wynnum Manly Seagulls young gun Shannon Gardiner is feeling more at home in Queensland every day.

Now into his third season with the club, the Wentworthville Magpies junior is enjoying the opportunity to keep improving his game at a club that has taken him under its wing.

“This club has really taken me on board and I am really grateful to this club,” Gardiner said.

“I love Queensland, I tell my dad and my mum all the time that I am probably not moving back down… unless obviously an NRL contract comes up.

“But I love Queensland, it’s just less chaotic compared to New South Wales, good lifestyle and everyone is so calm and nice here.

“Even though dad and mum hate hearing that ‘cause they miss me like hell.”

A former concreter, Gardiner said he hoped to move into a teacher aide position in the future and also aimed to snare a spot in the Intrust Super Cup line-up for the club.

A star of the Hastings Deering Colts competition in recent seasons, winning the player of the year award in 2018 and in the running last year, Gardiner has been training with the Cup squad and is learning to be a leader amongst the younger players.

“Pre-season has been pretty good, pretty strong… from a personal perspective, I have put on a little bit of weight, which is what the club wanted me to do, I have done that,” Gardiner said.

“(I have been) sticking to their diet that they gave me and working extra hard in the gym. I haven’t really been the type to work hard in the gym before, but now I am and rewards are coming.

“This is my third season up here, my first time was when I was 18, I was just a young buck coming through and now this year, I am still a young boy, but the senior guys sort of look at me as one of the older younger boys.

“It does feel good and that’s just from learning from the senior boys and taking on a bit of their role and helping them out; they have been good for me.”

Previously part of the Sydney Roosters system, Gardiner is taking in all he can during the pre-season and praised one of the club’s new signings in Lachlan Maranta for the help he had been providing.

The NRL experienced back has been more than willing to share his knowledge, despite Gardiner also gunning for the fullback spot left vacant by the departure to South Sydney Rabbitohs of Edene Gebbie.

“Obviously he’s come in here as a winger and fullback and I am trying to make it in fullback and he’s been helping me out so much – just learning from him has been so good for me ‘cause he’s an experienced football player,” Gardiner said.

“He’s an experienced football player and he could have looked at me as someone who is trying to steal his position and he hasn’t, and he’s actually taken me on board and shown me a few things that have benefited me and my game, so I appreciate that from him.”

Last season, the club notably featured in four grand finals – Cup, Colts, Auswide Bank Mal Meninga Cup and In Safe Hands Cup, but were only able to convert one of their appearances into a title, claiming the honours in the Brisbane competition.

In the 34-28 Colts grand final loss to the Sunshine Coast Falcons, Gardiner scored 12 points via six successful shots at goal and said while the unsuccessful results still burned for the players across the grades, they were aware of the rarity of their achievement in reaching the decider in all of these competitions.

“It’s still a bit of a touchy subject,” Gardiner said of the under 20 grand final loss in particular.

“I haven’t actually watched the game yet, so that sort of speaks for itself, but I guess you win some and you lose some.

“Just to get there is an achievement in itself and from my perspective, just glad that the boys got to experience a grand final and it’s a bit unlucky to come away with the loss.

“I think out of all the grades, we made every grade final, but only won one, so I guess everyone is a bit motivated this year to go that one step further and win a couple of grand finals.

“But after the grand final, we came back here to the club and they put on a massive thing for the whole club, everyone was invited… families and the community and it just speaks for itself that the community really gets around us.

“They were still proud of us.”