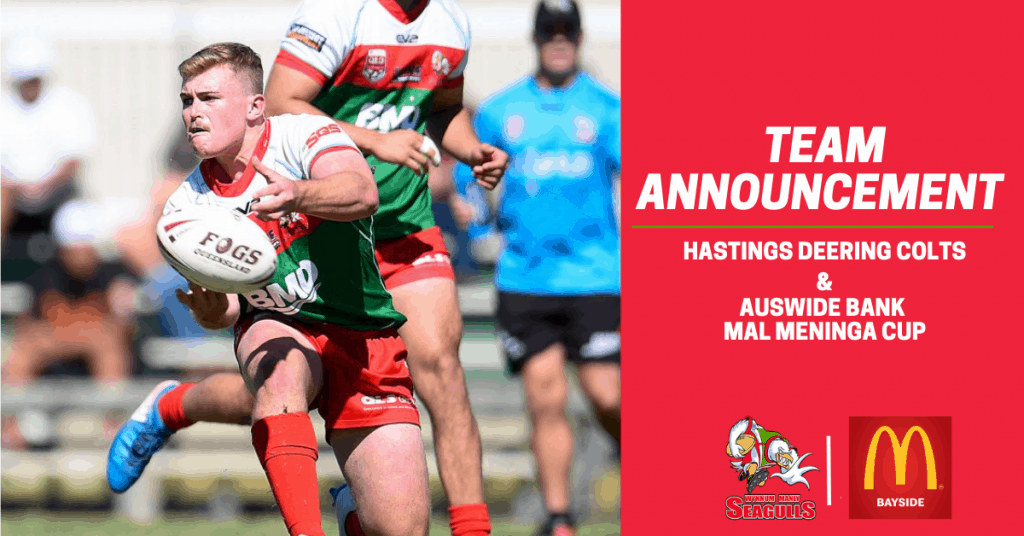 The McDonald’s Seagulls Academy teams are in for round 1 as the Seagulls’ Hastings Seering Colts and Auswide Bank Mal Meninga Cup (u/18s) sides look to go one better than the grand final position they both achieved last year.

The under 18’s will face a big and strong Burleigh Bears team filled with upcoming school boy stars. One player to watch in the Seagulls is Selwyn Cobbo who is contracted to the Brisbane Broncos and is an exciting fullback who will light up the Mal Meninga Cup competition in season 2020. Grand Hagai has also returned from a  pre-season with the Newcastle Knights to strengthen an already impressive backline. Grand was a starting member of our 2019 Auswide Bank Mal Meninga Cup grand final team and both players were regulars in the competition last year. Hagai with Wynnum Manly and Cobbo with Sunshine Coast.

In the Hastings Deering Colts, the Under 20s will face a very strong Burleigh team looking to get some revenge after being knocked out by the Seagulls in the semi final last year. Burleigh are one of the competition favourites this year – as they are across multiple grades.

Local juniors Max Plath and Harrison Graham are two players to watch and have both had strong preseason with the Intrust Super Cup squad. Likewise player-appointed captain Jacob Sturt who has moved up from the Canberra Raiders is a young tough front rower who has had a massive pre-season with our Intrust Super Cup and will be looking to lead from the front.