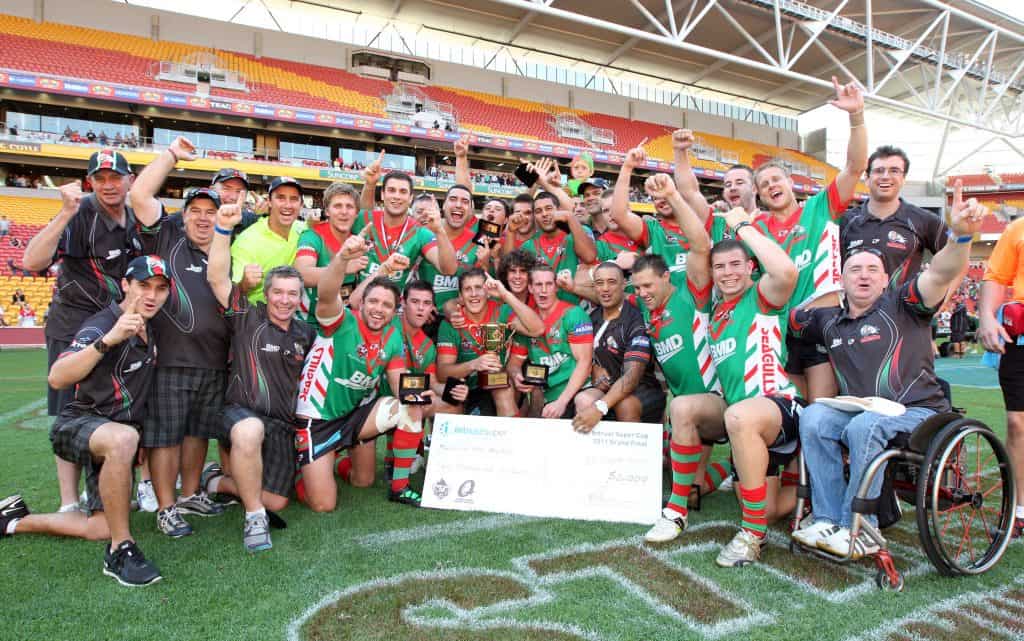 A historic day in Wynnum Manly Seagulls history saw them run out 16-10 victors of the Tweed Heads Seagulls.

The day was Sunday 25 September, 2011 when the Paul Green-led Seagulls took on Tweed Heads at Suncorp Stadium of the Intrust Super Cup Grand Final. It was the first time in Seagulls Intrust Super Cup (Queensland Cup) 16-year history that they had made the final day in September and it would prove to be a memorable one.

Tweed had gone through the regular season as the team to beat by winning all of their games but one and finishing nine points clear of their nearest rivals to claim the Minor Premiership. While Wynnum Manly had a mixed 2011 season, with a strong start followed by a fade in form before grabbing the 6th and final spot in the semi finals.The two teams met three times prior to the Grand Final with Tweed comfortably winning the first two and the Seagulls grabbing one back in the first week of the Semi-Finals.

The Seagulls were led by Captain and club stalwart, Luke Dalziel-Don, but it was Tweed who started the stronger and crossed the line first through some neat play by their hooker Tim Maccan. Queensland Cup and Tweed veteran, Brad Davis then created a second for Tweed with a nice dummy before putting lock-forward, Cody Nelson over. The Seagulls were able to get on the board before half-time, however, via a Matt Seamark grubber for then-fullback, Jake Granville to score and the teams enter the break with Tweed up 10-6.

The second half was all the Seagulls with a try to Matt Seamark on the back of another kick. But the celebrations really began for Seagulls fans when Shea Moylan scored in the corner with only minutes remaining. The red and green half of the 6,500 strong attendance knew The Intrust Super Cup was coming Bayside for the first time and the Chook Pen was crowing.

Star fullback, Jake Granville, was named Duncan Hall Medalist for best player on the ground and capped off a stellar year for the future Broncos and Cowboys player.

The 2011 Grand Final proved to be a sign of things to come with the 2012 Seagulls going on once again to win the title.