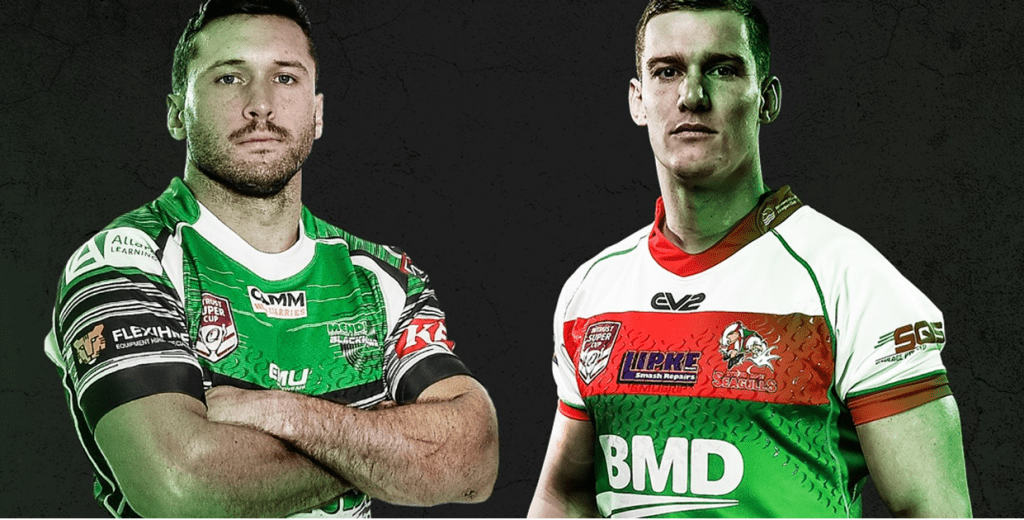 This weekend’s match up, last seen in Round 22 when the Blackhawks beat the Seagulls 22-18 at Jack Manski Oval, is guaranteed to produce a cracking – and no doubt close – game. The winner will be one of two teams in the grand final on September 29.

The Seagulls booked their spot in the elimination clash with a big win over the Redcliffe Dolphins and BMD Kougari Oval at the weekend.

Seagulls coach Adam Brideson said there would be “a really big defensive focus this week” in the lead up to the clash with the Blackhawks.

“We’re going up to Townsville, playing against a very good football side, so we need to be very good defensively,” Brideson said.

“We’ll need to work really hard in the fundamental areas. They’ve got very experienced middles and quality halves and outside backs, so we need to make sure we’re really good defensively and doing all the things we’ve been doing to win games.”

Brideson said during the Seagulls’ win over the Dolphins, his side “showed a lot of grit and resolve” and he expected the same this weekend.

“We were under a lot of pressure in that second half. We showed a lot of grit and toughness to hang in there and ultimately come away with the result,” Brideson said.

“We need to be very disciplined both sides of the ball. Obviously we need to complete sets with the footy and ask some questions of their defence, but then on the flip side make sure that we defend really hard and try and nullify the great attacking side that they have.”

Brideson said despite the lure of it, the grand final being just one win away was not the focus for his team.

“I know that’s very cliche, but it’s really important that we do the things that work really well for us this week and make sure we’re ticking all the boxes there first before we look too far ahead,” Brideson said.

Seagulls skipper Cronin, who is a gun, said excitement was building.

“All the boys are really excited… the whole community here is excited,” Cronin said. “It means a lot to the whole Wynnum area. The excitement and the belief is really strong.”

“They’ve got a really good forward pack, so we’re going to have to start hard like we did against the Dolphins and do the simple things right… just make sure we worry about ourselves,” Cronin said.

“Last time we played them we were all over them in the first half, but in the second half played too negative. I think if we can stick to what we do well, we should be right.”

The Blackhawks booked their spot in the clash with a big win over minor premiers Sunshine Coast Falcons during week one of the finals.

Blackhawks hooker Josh Chudleigh – described by coach Aaron Payne as “a fit guy who plays big minutes and is always in the game” –  said “it was probably our best team performance” and his team would need to lift again to make it to the big game.

“We finally played for 80 minutes… the last two times we played the Sunshine Coast we were a bit patchy and they’re a really good team so if you switch off for 10 or 20 minutes, they make you pay for it,” Chudleigh said, adding being one of two teams to beat the Falcons this year gave his side a lot of confidence.

“We played as a team – it was really good. That’s the biggest thing that stood out for me. We defended and stuck to our structures.

“It’s finals football now though, so anything can happen. It’s sudden death now, so we need to back it up.”

Payne said his team was confident.

“There was a real belief amongst the group – we knew we could beat them, we just needed to play for 80 minutes and we did that,” Payne said.

“Right across the board, the guys did their jobs.

“It was a really good win. It typifies where we’re at as a group at the moment. The players have got real confidence as a group – there’s real trust amongst the group that they can do something special this year, which is good at this time of year.”

Payne said his players were “really keen to play a home game in front of their family and friends, in what should be a massive crowd at Jack Manski” for a grand final berth, after the week off.

“It’s exciting, it’s what you play footy for,” Payne said.

“We deserve the opportunity. This group has worked as hard as anyone has. We’ve got a really good belief amongst the group, so that’s the most important thing.”