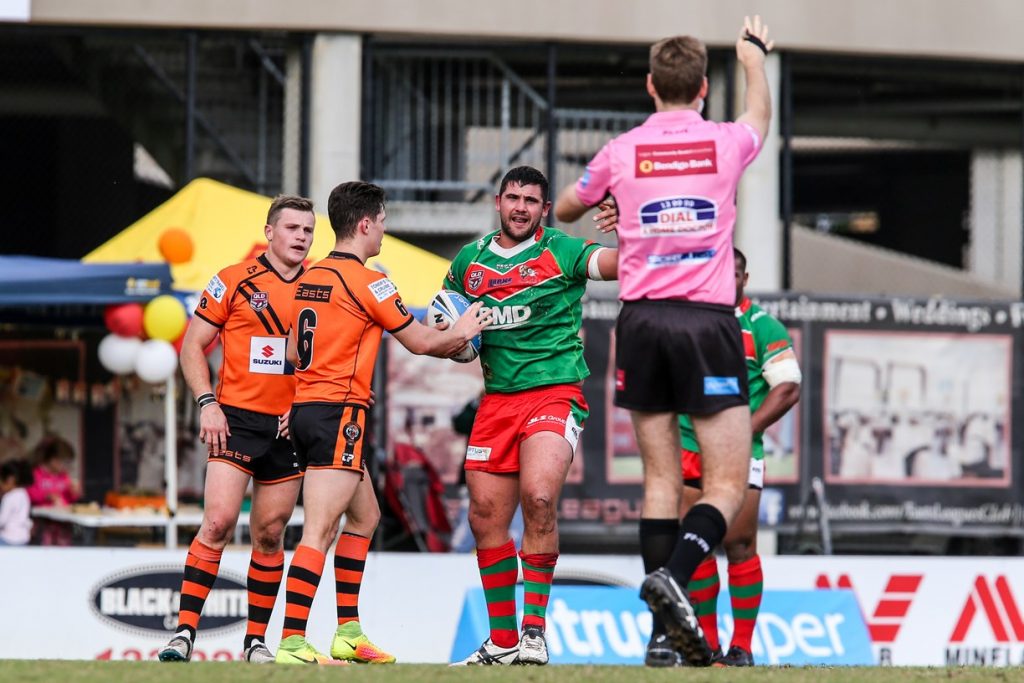 The form guide was thrown out the window in Round 13 of the In Safe Hands Cup with the Diehards, Magpies and Seagulls all getting up over their fancied opponents.

While the winning coaches will suggest the contests were never in doubt, Round 13 was a reminder that this remains one of the most evenly contested competitions in Queensland.

Souths and Valleys had not beaten their opponents West Brisbane and Redcliffe respectively, in their previous two outings in 2018, but both managed to post victories this weekend, while the Tigers’ run of three straight wins came to a screeching halt at the hands of the Seagulls.

Brad Mana, one of the biggest centres in the competition, opened the account for the Seagulls with a bullocking drive three metres out from dummy half to bust the marker defence.

The Tigers hit back at the southern end when a deft pass from Brayden Torphy found Brett Kelly on his right shoulder. He stepped off his right foot to touch down under the cross bar.

Bayside fullback Matt Milson put the visitors back in front when he regathered his own grubber giving the Seagulls a 10-6 lead at halftime.

A bizarre try came after the break when Seagull Semisi Ahoafi danced along the Tigers ten metre line holding the ball in one hand while looking for runners.

Not happy with the options he had, Ahoafi straightened the play only for a Tiger to knock the ball out of his hands. Halfback Adrian Elder swooped on the loose pill to extend the Seagulls’ lead to 16-6.

The Tigers got back in the contest when second rower Harry Pondekas won the race to a grubber kick and cut the margin back to four points.

The win and three vital competition points were secured by the visitors when right winger Peter Gubb strolled over untouched after a Milson cut out pass.

Elsewhere, the Panthers suffered their second straight loss with Souths Magpies staying in the finals race with a 30-12 win, while Valleys defeated Redcliffe 26-18, the Dolphins first loss since Round 5.

In Safe Hands Cup Round 13 Results