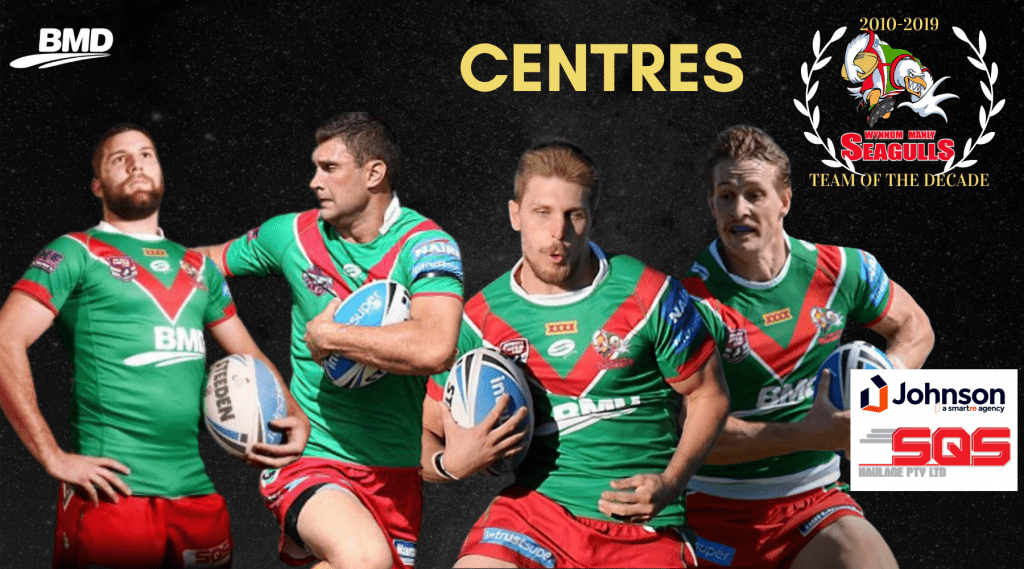 The back three are decided and now it is the men in the three-quarter line who Seagulls fans must decide on. We have premiership winners and try sneaks galore to choose from. Good luck Gulls fans!

Moylan makes his second appearance in the Team of the Decade voting after missing out on the hotly contested wing position last week. Although spending a lot of time on the wing for the Gulls, Moylan played the 2011 Grand Final in the centres and scored a try in the victory over Tweed Heads. 2011 proved to be a special year for Moylan who also debuted for the Broncos in the same season.

Matt Grieve lined up in the 2011 Premiership side that defeated Tweed Heads, but missed out a year later when they went back to back. A mainstay of the three-quarter line through the first half of the decade, Grieve’s no-nonsense style of football made him a reliable member of the Gulls’ team. Grieve went on to join the Sunshine Coast Falcons in 2016.

Buckett is the most recent to have played with the Club, departing at the end of the 2017 season after joining from the South Sydney Rabbitohs in 2014. His physical approach to the game saw him rely on strength over finesse during his time in the Gulls jersey.

Moon is the only back to back premiership winner amongst the group. Playing on the wing in 2011 before going on to be a try scorer in the 2012 Grand Final as the Seagulls went on to defeat the Redcliffe Dolphins and claim back to back premierships. Moon played well over 100 games with the club and retired at the end of the 2015 season.