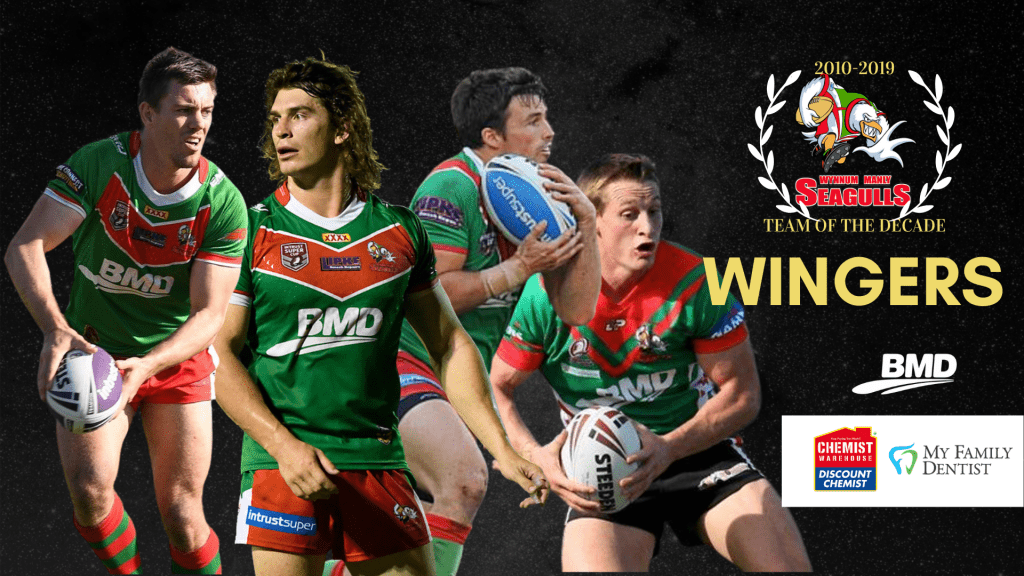 This week it is the fans’ time to decide on not one but two players to be a part of their Seagulls Team of the Decade, as they decide who will take position on both wings.

Our nominees form a list of fan favourites whose try scoring feats made them very popular amongst the Gulls faithful between 2010 and 2019.

It is back to back nominations for ‘Oggy’ and he will be hard to leave out of any Seagulls side of the past decade. Recently named the Intrust Super Cup/Queensland Cup ‘Best Winger of 25 Years’ Ogden holds the all time try scoring record for the competition.

Peter Gubb played 150 games for the Club and scored 54 tries in a Seagulls career that included playing in the 2012 Intrust Super Cup Grand Final. Upon departing the club at the end of 2018, Seagulls CEO Hanan Laban remarked. “His charging runs and warm personality has made him a big hit with our players, officials, supporters and local community.”

What quality the Seagulls were blessed with during the last decade to have not only the top all-time try scorer but also the man he passed in their ranks. Nathanael Barnes ability to find the tryline was up there with the best in the history of the competition and he also was a part of the Seagulls Premiership winning team of 2012.

Shea Moylan retired from the Seagulls after the 2014 season, but not before notching up some impressive milestones across his rugby league career. 2011 was the highlight that saw Moylan debut for the Brisbane Broncos before going on to win the Intrust Super Cup with the Seagulls and score a try in the Grand Final to cap off a remarkable season.

There is a lot of talent for Seagulls fans to choose from on the flanks, so make sure you get your vote in.