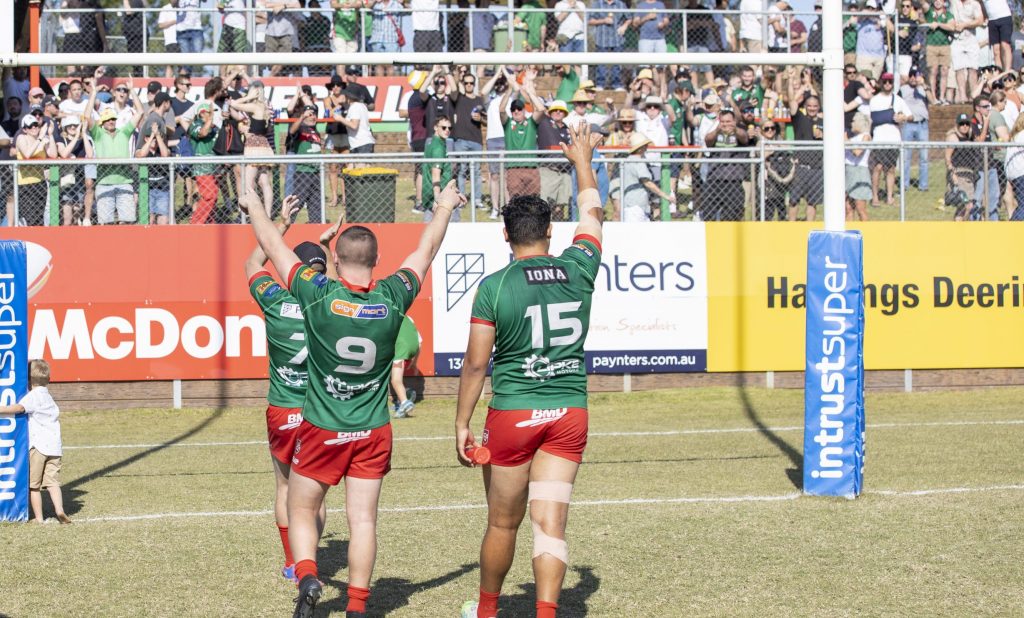 In what is fast becoming a rivalry like no other, the Wynnum Manly Seagulls overcame the Burleigh Bears in their opening weekend finals match, displaying strong defence, cohesive attack and good bench rotation in the hot sun to move on in the finals race.

Fortunate now to have a week off, the break will give the team a chance to freshen up and get a couple of key people back.

A large crowd gathered at BMD Kougari Oval to cheer on the Seagulls, with the ‘Chook Pen’ filled to overflowing. The game began as a tight tussle as you would expect from these two quality sides, with the team’s sizing each other up with strong hit-ups and tight defence. 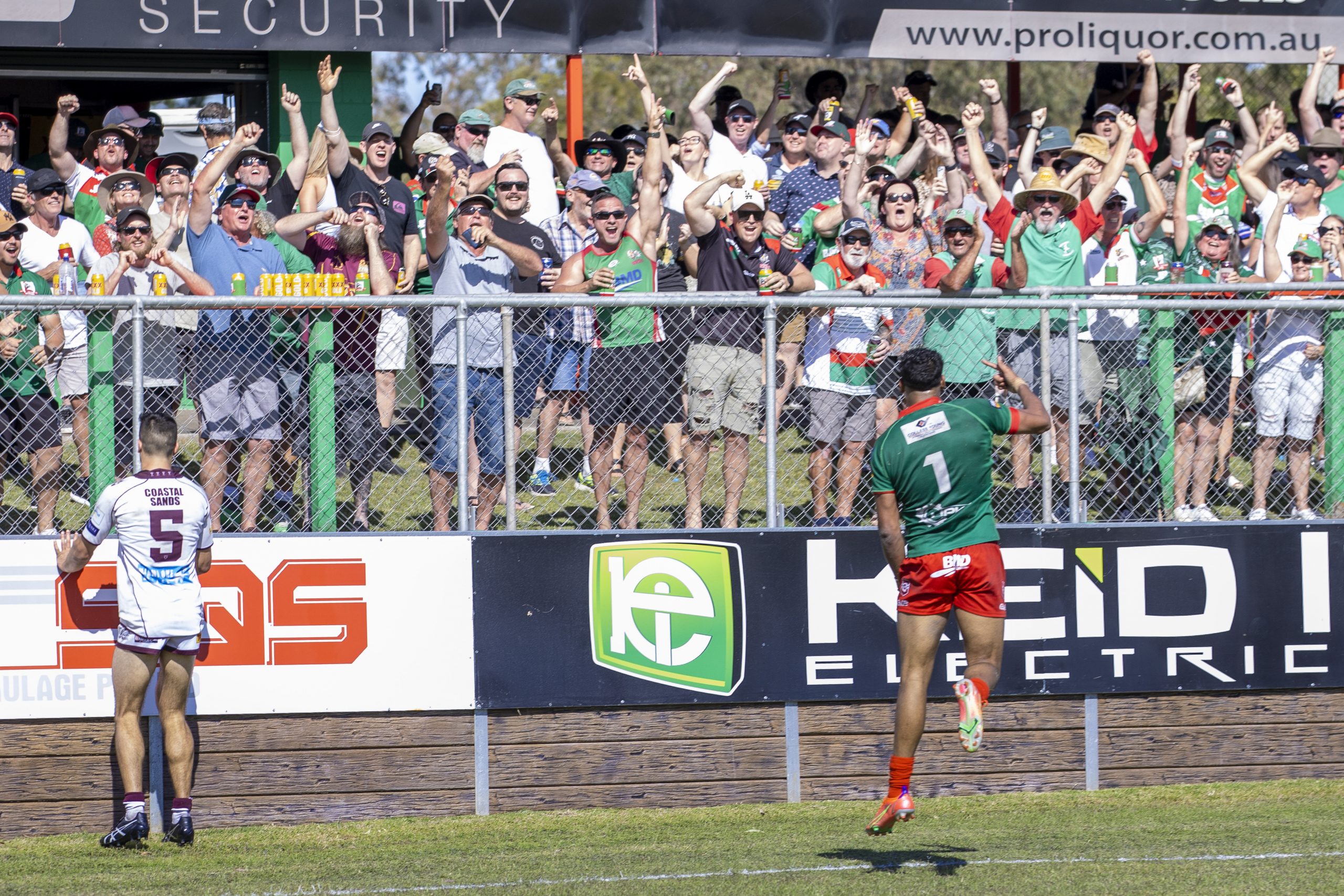 Hope played one of his best games for the club in recent memory with 38 tackles he led from the front in defence.

A 15-minute window of bone jarring tackles from both teams, some of which led to midfield scuffles, kept the crowd on edge.

They were silenced in the 60th minute when Shallin Fuller of the Bears crashed over for a try that Rogers converted, and scores were locked at 14-14.

Then in a flash of brilliance, Bronco Selwyn Cobbo made a break on his own 30 metre line and with a slashing run, went 70 metres to score right in front of the crowded Chook Pen which erupted in the loudest cheer the hill has heard in a long time. 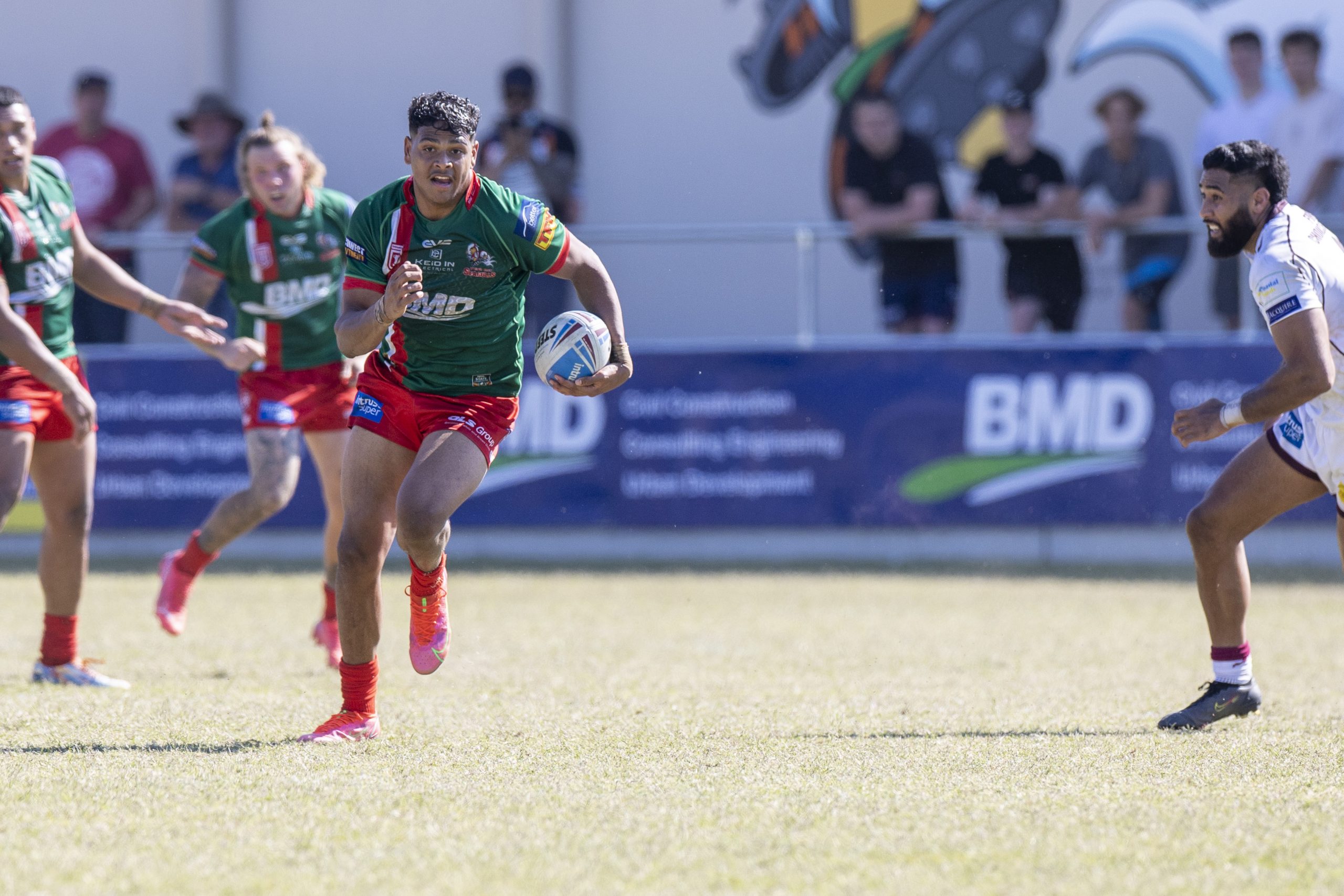 Drinks, cans and cups flew into the air as Cobbo’s team-mates ran in from everywhere to congratulate him.  Arthars converted and the Gulls were up 20-14 and a possible sniff of victory in the air.  A valiant Burleigh outfit for the first time all day started to drop their heads. 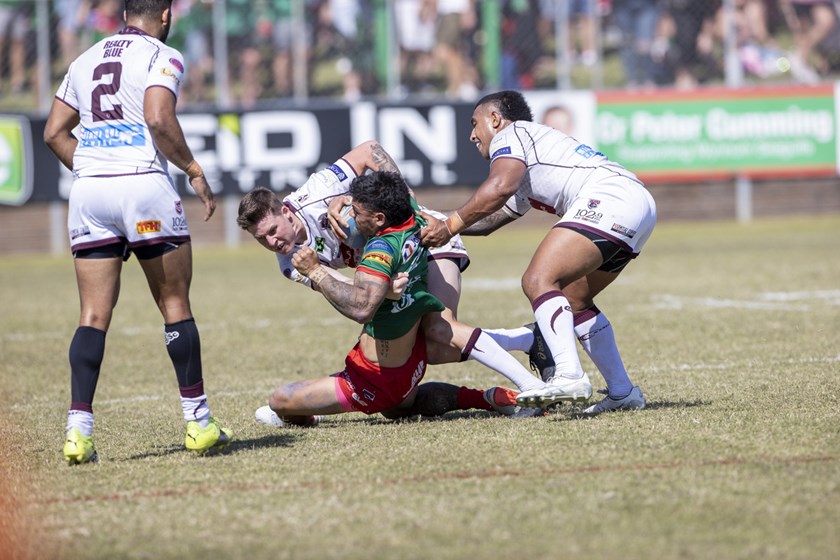 Then in the 75th minute, the game was put out of reach by Arthars, who iced the game 22-14 with a penalty goal.

Notable performances from both sides included Hope and Politoni who made 38 and 34 tackles respectively, while Cobbo ran for 224 metres and Robati lead in the line breaks. Wynnum earn a week off and have progressed to the preliminary final being staged at Suncorp Stadium on October 3.

The Bears will get another shot next weekend to press further into the finals.