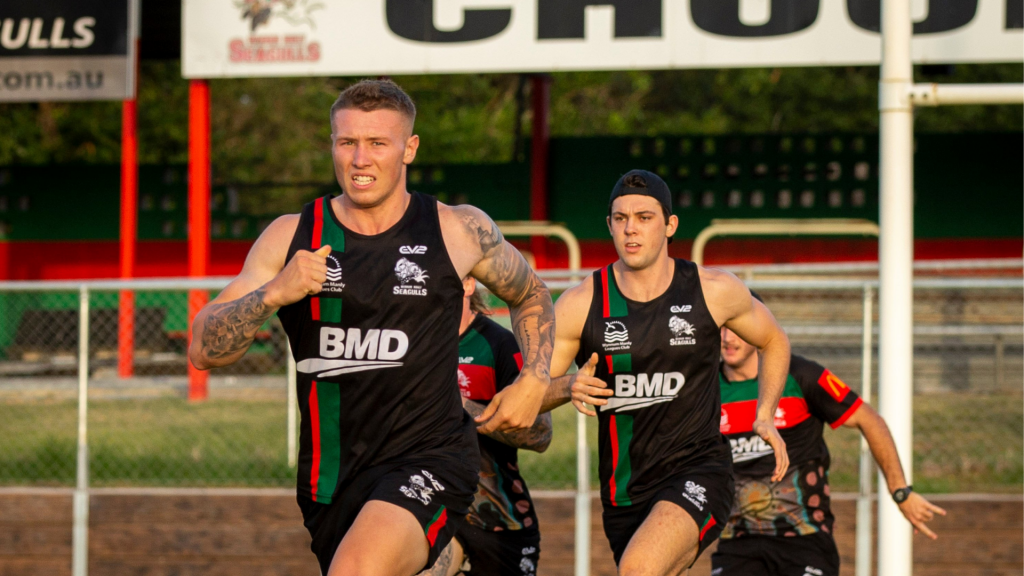 Wynnum Manly Seagulls returned to the training paddock early last month for the start of their pre-season in the lead up to a busy 2021.

The players arrived at BMD Kougari Oval for the first time in more than seven months to complete fitness and strength testing.

The squad are taking part in a six-week training block leading into the Christmas break and during this initial training period, the emphasis will be on physical conditioning.

In early January next year, the team will return from the break and increase their skills and football training components leading into trials in February.

Despite a long lay-off from regular football for a lot of the squad, head coach Adam Brideson was pleased to note his group returned to training in good condition.

The Seagulls have also been busy on the recruitment front and as well as re-signing key personnel including Sam Scarlett, Pat Templeman and Kalolo Saitaua; they have also boosted their squad with some experienced names.

Former Canberra Raiders and Queensland Under 20 representative forward Luke Bateman has signed on for the 2021 season after playing with the club in their BRL A Grade In Safe Hands team this year.

Bateman played 71 games for the Raiders in the NRL and moved back to Queensland earlier this year during the COVID shutdown of the competition.

The Miles Devils junior will bring a wealth of experience to the club and will play a pivotal role in the middle.

Jayden Berrell has also returned to the club after a brief tenure with the Easts Tigers (now Brisbane Tigers) in 2020.

A strong defender, the 25-year-old hooker is a carpenter who works and lives on the Gold Coast with his young family.

The Seagulls have also signed Jack Campagnolo for the 2021 season; with the 22-year-old half joining from the Northern Pride.

An international representative with Italy, Campagnolo has made 28 Intrust Super Cup appearances and is a skilful half with a strong running game.

Keep an eye on QRL.com.au for more signings news.