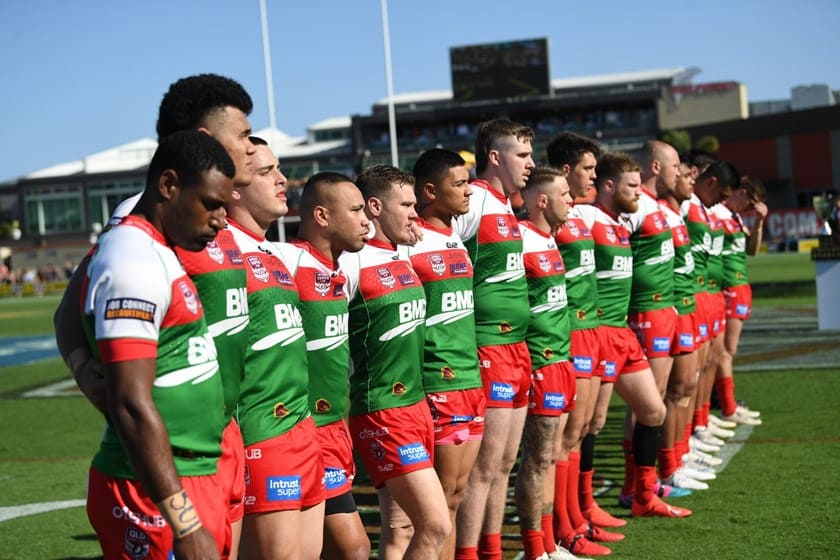 The Queensland Rugby League is pleased to unveil a new multi-channel broadcast strategy that will see its premier statewide competitions reach more people than ever before.

As the new host broadcaster for 2021, the QRL is committed to driving the production of high-quality viewing for fans of the Intrust Super Cup and BHP Premiership, along with other state competitions.

The new era of broadcasting commences in March when the spotlight falls on the Round 1 Intrust Super Cup clash between the Souths Logan Magpies and Burleigh Bears.

It will be the first of 20 regular season matches to be broadcast live during a fan-friendly timeslot.

Double headers will be a feature of the new programming, with talent from the women’s BHP Premiership and other statewide competitions to be showcased before the Intrust Super Cup broadcast as well.

Fans can watch these games on a variety of platforms including 9Now, QRL’s official website (qrl.com.au), the Intrust Super Cup app as well as on the NRL Network.

The QRL is also working closely with Foxtel, the code’s broadcast partner, on weekly streaming options for their viewers and customers.

Additionally, Channel 9 and Fox Sports will simulcast the 2021 Intrust Super Cup grand final as well as one finals match during each week of the play-offs featuring the top eight teams.

“Ultimately this is about engaging with as many fans as possible, in the format they want,” Sawyer said.

“We believe we have the capacity to reach more people than ever before, which is why this investment is so appealing for our partners and clubs.”

Sawyer said the QRL team would continue to work with technology providers and suppliers to innovate and grow the product.

“We see this as a project that will evolve over time, but we’re committed to hitting the ground running with a quality broadcast that is as good as fans have seen,” Sawyer said.

“It is also another feather in the cap for our organisation following our recent investments into the ecommerce and digital sectors, all of which are delivering wider benefits to our people and communities.”

“Peter is excited about mentoring aspiring commentators with a passion for rugby league in Queensland,” Sawyer said.

“By working collaboratively with the game’s broadcast partners, this program has the potential to unearth some future stars of the commentary box.

“Peter cut his teeth in the Intrust Super Cup and other local competitions, and we’re absolutely delighted to have such a highly-respected professional supporting this program.”