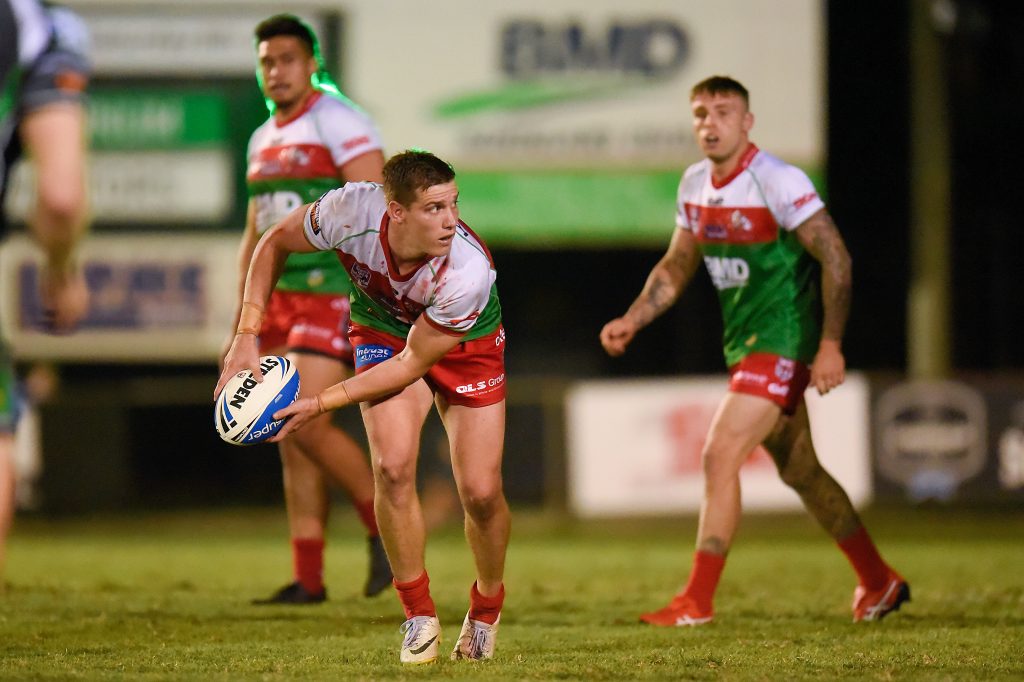 Wynnum’s homeground is Kougari Oval but maybe they should change it to the Garden of Edene given the impact fullback, Edene Gebbie, is having on the Seagulls’ season.

Wynnum had never beaten the Townsville Blackhawks but today they have managed to finally get the win, and in the process win six games in-a-row for the first time since 2012.

Wynnum welcomed back Broncos player Pat Carrigan but had to do without James Roberts, who has jetted to Sydney.

The Seagulls had the ideal start three minutes in to the game when that man Gebbie shrugged off some tackles, showing why he leads the competition for tackle breaks, on the Townsivlle lefthand side and dived over for his seventh try this year in 12 games.

Patrick Templeman missed the kick and Wynnum were on their way 4-0.

Blackhawks second rower Temone Power was there on the spot to capitalise on the handling error from Gebbie when Wynnum passed across the front of the posts. The pass slipped out and Power had Townsville on the board and the Chook Pen wondering what just happened.

Former Seagull, now a Blackhawk, Shaun Nona converted to get two points closer to 600 Intrust Super Cup points and the Blackhawks took the lead 6-4 after 20 minutes.

It was only some committed defence that stopped the Blackhawks going back-to-back when Kyle Laybutt shaped to kick and found Power on the fifth, who flicked it out the back and the Seagulls defence was there to save the try.

Wynnum had to call on some desperate defence again on the blind when the Blackhawks went the short side, but the rushing Seagulls defence made sure the Nona pass did not find winger Kalifa Faifai Loa.

The Seagulls executed the perfect set at the end of the first half when they went from deep in their own territory. Marching down the field, the Seagulls found their front and gathered momentum as they went with half Sam Scarlett sitting in the pocket until he pulled the trigger with a neat little kick for Delouise Hoeter to score.

Faifai Loa was denied again when the Seagulls defence forced the Blackhawks to hurry the pass and it was ruled forward.

The Seagulls kept making sure the Blackhawks went away disappointed and led 10-6 at halftime.

Fifteen minutes into the second half, Mitch Cronin noticed some slow-moving Blackhawks on the line and celebrated his 100th game with a try from dummy-half.

The Chook Pen was singing when Gebbie entered the Seagulls line and threw the pass to double try scorer Hoeter, who cut back inside the Blackhawks to put the ball down.

The Seagulls were up 22-6 and had all the momentum.

The Blackhawks had plenty of chances to close the gap.

Wynnum’s goal line defence was outstanding. They conceded three penalties in-a-row and the Seagulls kept finding a way to turn the Blackhawks away. They were required to drop out again to the Blackhawks when they went short and regathered the ball to release some pressure.

The Seagulls flew down the field, the kick went up, and everyone came down with nothing except Matiu Love-Henry. Love Henry’s try put Wynnum in front 28-6 with 13 minutes left.

The Blackhawks were not finished with yet, when Michael Carroll chased a kick on the first and scored in the corner.

With only eight minutes to go, the Townsville boys felt they were in with a chance down 28-12. But, it proved to be not enough to deny the Wynnum Seagulls their first win over the Townsville Blackhawks 28-12.