Special Sunday on the Bayside

The BMD Wynnum Manly Seagulls will host the Souths Logan Magpies this Sunday at BMD Kougari Oval. The teams will...
Read More 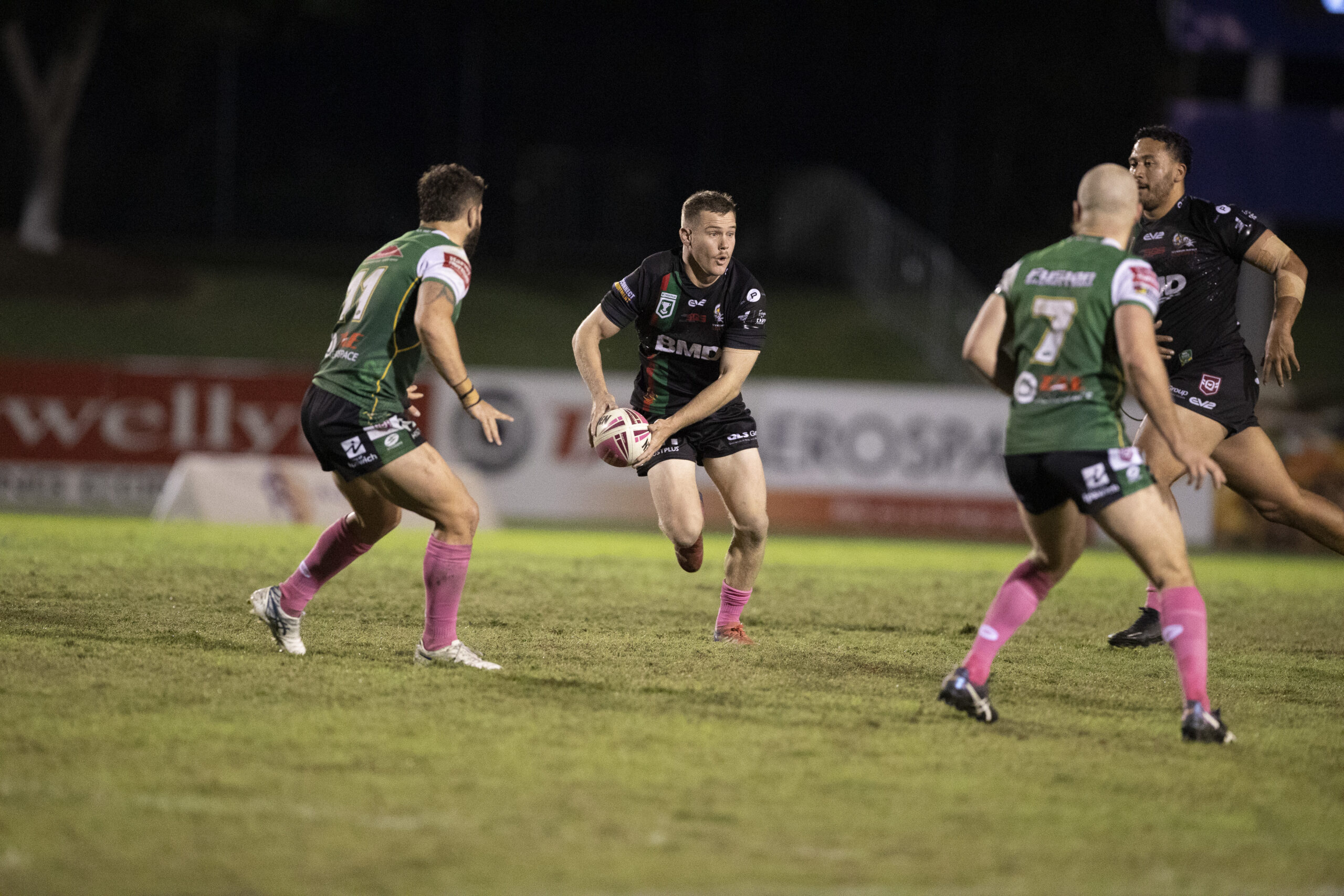 Jets Down Seagulls in Emotional Night at Ipswich

The BMD Wynnum Manly Seagulls travelled to Ipswich on Saturday evening to take on the Jets at North Ipswich Reserve....
Read More

Seagulls Aim to Take Down the Jets

The BMD Wynnum Manly Seagulls will head west to Ipswich tomorrow to take on the Jets. (more…)
Read More 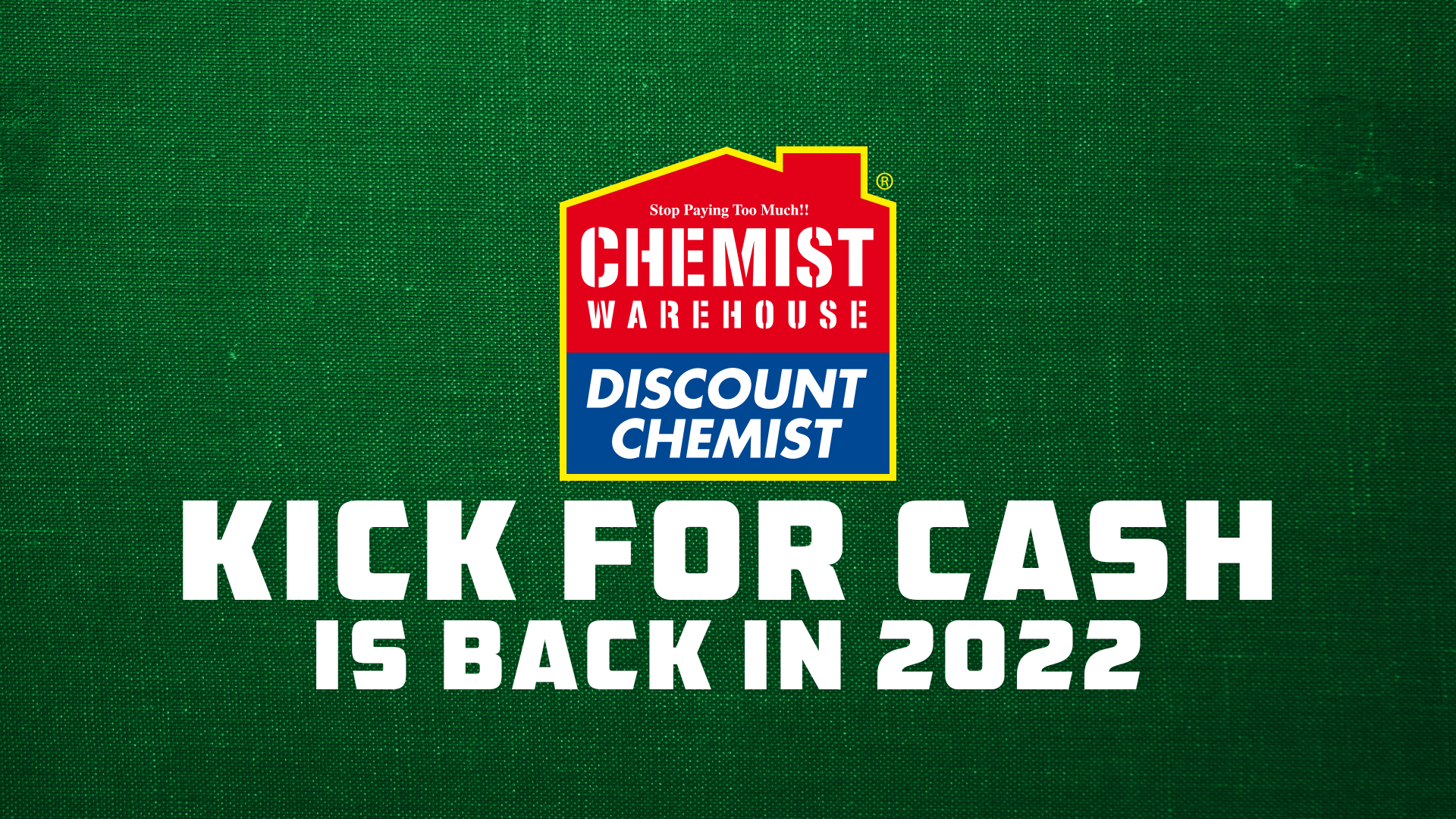 BMD Wynnum Manly Seagulls' proud sponsors, Chemist Warehouse Wynnum and Tingalpa, are back with the Kick For Cash at our...
Read More

Special Sunday on the Bayside

The BMD Wynnum Manly Seagulls will host the Souths Logan Magpies this Sunday at BMD Kougari Oval. The teams will compete for the Mitch Cronin Memorial Cup on an emotional day for the Bayside community.

Former Seagulls premiership coach Paul Green will also be honoured for his significant contribution to both the Seagulls and to rugby league as a whole. We will pay respect to both Mitch and Paul pre-game, in what will be the most special day on the Seagulls calendar this year.

We welcome all family and friends of Mitch and Paul, and all Seagulls fans to BMD Kougari Oval this Sunday to celebrate two Seagulls legends.

Our platinum partners at Chemist Warehouse Wynnum and Tingalpa will also give away upto $5000 at half time through their Kick For Cash promotion, and hand out hundreds of prize packs.

In addition to the usual entertainment, the Brisbane Broncos cheerleaders will keep the crowd on their feet, as we give away merchandise and a signed Broncos jersey.

Join us at BMD Kougari Oval to celebrate together this Sunday.

Game Day Details:
Gates open at 11am
Hastings Deering Colts kick off at 12pm
Hostplus Cup kick off at 2:10pm 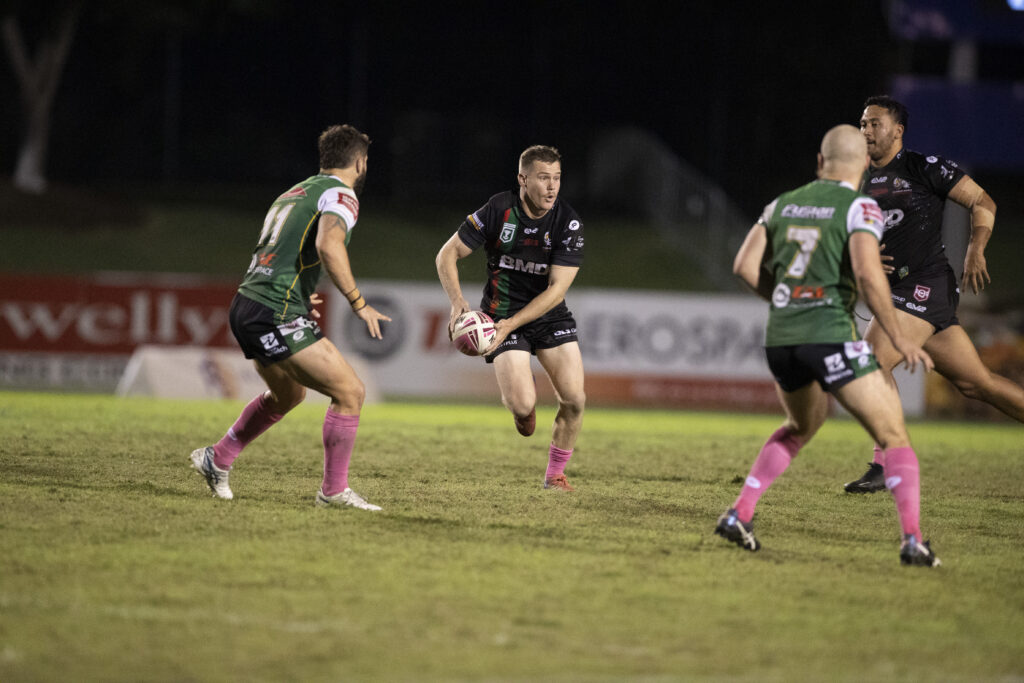 Jets Down Seagulls in Emotional Night at Ipswich

The BMD Wynnum Manly Seagulls travelled to Ipswich on Saturday evening to take on the Jets at North Ipswich Reserve.

The teams paid tribute to two former rugby league identities that had passed away during the week. Seagulls legend Paul Green, who won the 2011 and 2012 QLD Cup premierships, and Michael Purcell, who played 73 games for the Ipswich Jets, were both honoured with a minute silence before kick off.

The Jets had the added motivation of playing for their captain Nathaniel Neale, who was competing in his final home game for Ipswich, as he plans to retire at the end of the 2022 season.

Given the result of their clash earlier in the, with Wynnum running away 56-4 victors at BMD Kougari Oval, fans may have expected another Seagulls win.

However, given the added motivation for the Jets, they started extremely well, scoring 5 tries in the first 32 minutes and keeping the Seagulls at bay.

The Jets were almost keeping pace with the clock as they led 26-0 after 32 minutes to leave the Seagulls stunned.

The Seagulls bench made an impact with Kalolo Saitaua making his usual tackle-busting runs, and Harrison Graham looking dangerous at dummy half.

Graham scored in the 35th minute to give the Seagulls a positive finish to the half, going in 26-6 down.

The game steadied at the start of the second half, with Ipswich not giving an inch to the Seagulls after a fantastic opening half.

It took Wynnum Manly 20 minutes to get on the board through Zac Hosking, and the comeback was underway.

However, the Jets continued to grind away in defence and repel the Seagulls’ attacks, with time now becoming the Seagulls enemy.

The Gulls crossed again in the 71st and 74th minutes through Ben Farr and Dredin Sorensen respectively, but wayward goal-kicking preserved a handy lead for the Jets.

Ultimately, Ipswich deservedly closed out an emotional game 26-18 on a cold night west of Brisbane.

Jets Captain Nat Neale was chaired off the field, victorious in his final home.

Earlier, the McDonalds Seagulls Academy Hastings Deering Colts extended their unbeaten run to 12 matches. The Ipswich Colts put up a fight and shocked the Seagulls at half time to be within 4 points. However, Wynnum kicked into gear in the second half to run away with the game 44-22.

The Seagulls look ahead to next week where they take on Souths Logan Magpies for the Mitch Cronin Memorial Cup. BMD Kougari Oval will be packed for the most special day on the Seagulls calendar, as the Gulls also recognise the contribution of Paul Green to the club.

Seagulls Aim to Take Down the Jets

The BMD Wynnum Manly Seagulls will head west to Ipswich tomorrow to take on the Jets.

The men from Ipswich will be spurred on by the recent retirement announcement of their workhorse captain Nathaniel Neale.

It will be an emotional match following the passing of Ipswich Jets player Michael Purcell, and Seagulls legend Paul Green, both within the past week.

Both men made a tremendous impact on their respective clubs and will be missed dearly.

Despite the Jets sitting in 13th position on the ladder, the Seagulls are expecting an inspired performance following such an emotional week.

The Jets have shown that they can compete with most teams in the competition on their day.

For the Seagulls, the only result that matters is a win after an up-and-down month of football.

After the loss to the Dolphins last week, the Gulls will need to win their last 3 games to ensure the security of a top 4 finish.

Playing out of North Ipswich Reserve, the Hastings Deering Colts kick off at 3pm, while Hostplus Cup kick off at 5pm.

The match will be streamed live on Qplus for anyone who can’t make it to Ipswich. 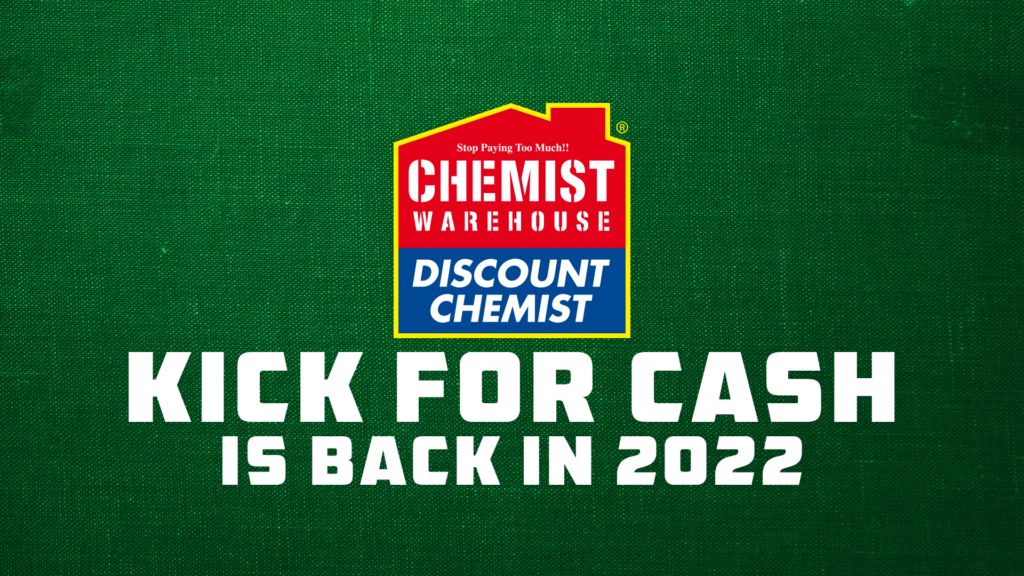 BMD Wynnum Manly Seagulls’ proud sponsors, Chemist Warehouse Wynnum and Tingalpa, are back with the Kick For Cash at our next home game.

On Sunday 21 August one lucky Seagulls fan will get the chance to kick for $5000!

It couldn’t be easier to enter this competition – simply spend $30 at either Chemist Warehouse Wynnum or Tingalpa stores, and register your name in store when you pay.

The winner will take 3 conversion attempts at BMD Kougari Oval at half time of the Seagulls vs Magpies Round 19 Hostplus Cup game.

There will be a massive crowd at BMD Kougari Oval next Sunday as we play for the Mitch Cronin Memorial Cup against our fellow Broncos affiliate, Souths Logan Magpies.

For your chance to win $5000 in front of thousands of Seagulls fans, head into Chemist Warehouse Wynnum or Tingalpa today! 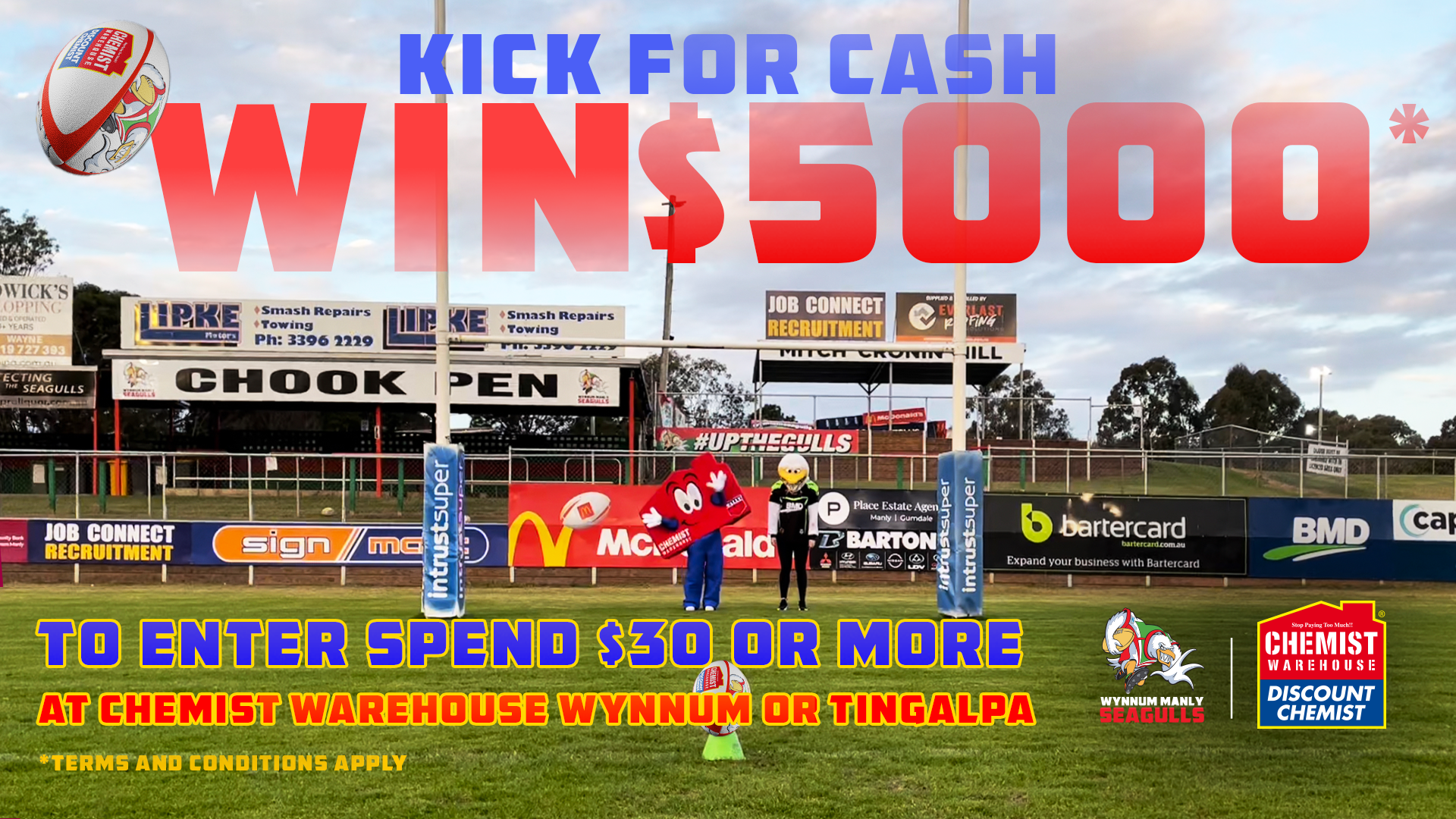 The 49-year-old dual premiership coach passed away at his Wynnum home on Thursday morning.

The news has left everyone connected with the Seagulls in a deep state of shock.

“As a former player and dual premiership coach he will always hold a special place in the hearts of the Seagulls club, its players and supporters.

“Paul and his family have been stalwarts of rugby league on the Bayside for decades and his love and commitment to the Club has never wavered. As recently as two weeks ago he assisted with the process to appoint the Seagulls new coach, Matthew Head, for 2023.

“Our thoughts are with his family, and particularly wife Amanda and children Emerson and Jed, at this incredibly sad and difficult time.”

Green is the only coach in Seagulls history to win back-to-back premierships after securing the 2011 and 2012 titles, a feat which helped propel him into the NRL coaching ranks.

The former NRL and Queensland Maroons playmaker went on to claim a premiership as an assistant with the Sydney Roosters in 2013 before a long and successful stint in North Queensland where he helped deliver the Cowboys their maiden title in 2015. 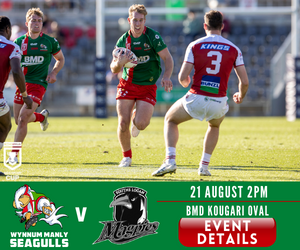