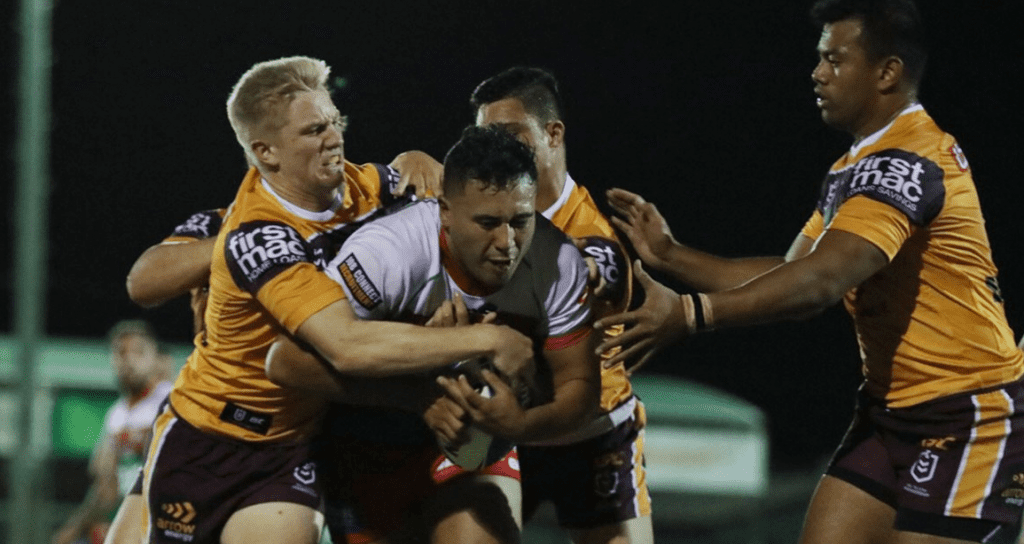 In a Friday Flashback we got back a whole 12 months when the Seagulls hosted the Broncos in front of a large and raucous Wynnum crowd.

The two teams will battle it out once again in 2020 at Kitchener Park, Wynnum. Be sure to grab your tickets now!

Watch the highlights from last year’s match below.

THE Broncos have continued their strong early-season form with a 26-12 victory over Wynnum Seagulls tonight.

Tevita Pangai junior left the field early in the match, but the Broncos will be happy with Kotoni Staggs, who was dangerous all night.

Leading 12-0 at halftime, the Broncos were more than challenged by their affiliate club Wynnum in front of several thousand fans at Kougari Oval.

Wynnum prop Keenan Palasia made it interesting when he crossed just after the break from a strong run next to the posts.

Junior Pauga kicked the goal and it was 12-6 to Brisbane.

But in the 52nd minute Staggs showed his increasing ability when he burst through down the right-edge and scored to make it 16-6.

He had made two clean breaks in the first half, demonstrating to the Broncos that he is a viable option in the centres for the competition proper.

With 10 minutes remaining young star Cory Paix went over for his second try in two matches as a Bronco to extend the lead to 26-6.

Earlier, big prop Thomas Flegler crashed his way over to open the scoring in the fourth minute.

Staggs kicked the goal and it was 6-0.

A good break by Sean O’Sullivan, who was extremely busy in the first half, put Jack Bird away.

Bird was gunned down from behind, but a quick play the ball produced a try.

The Broncos sent the ball wide and Richie Kennar stepped inside two cover defenders to score and make it 12-0 at halftime.