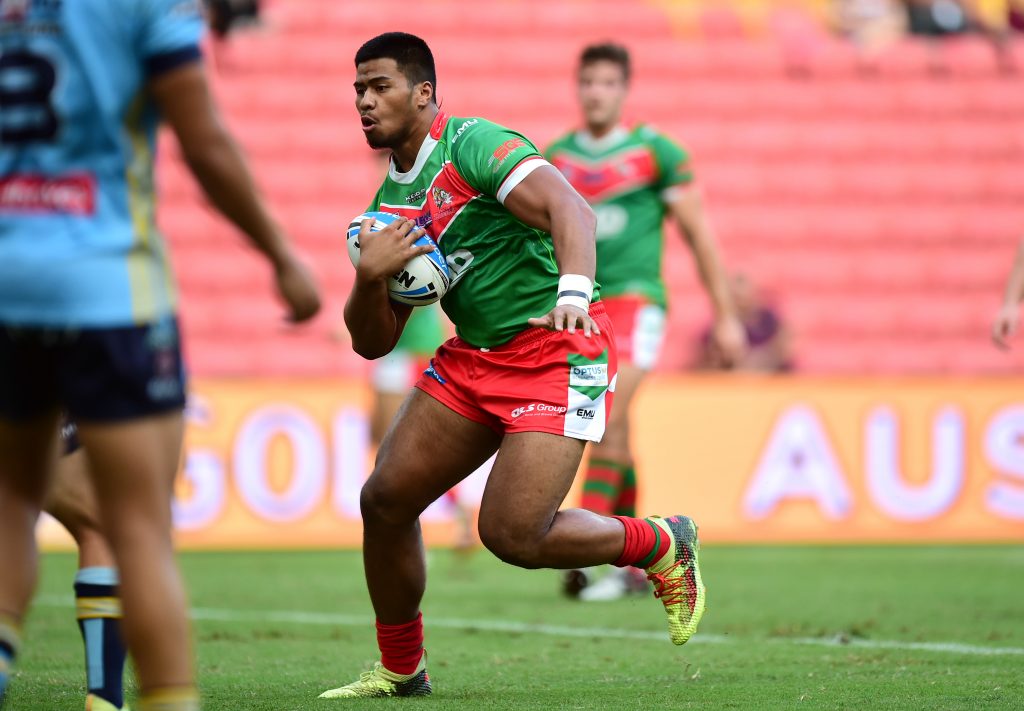 Petero Civoniceva has hailed Brisbane Broncos prop Payne Haas as a “one of a kind” footballer whose athleticism and endurance will take rugby league into a new era.

The 18-year-old had a reputation for having a huge motor for a 118kg, 194cm colossus, which was enhanced by his NRL debut against the Rabbitohs last Thursday.

Haas’s 86m and 13 tackles in 21 stellar minutes off the bench was showcased by his seemingly endless search for work.

Haas is four years younger than Civoniceva was when he made his NRL debut in 1998. The Broncos legend was also much lighter.

North Queensland Cowboys wrecking ball Jason Taumalolo is 117kg and 191cm but Civoniceva said Haas’s mobility for a giant was at another level.

“I would have been around 105 or 106 kilos on debut but Payne is 118 kilos, so he is an amazing athlete for a kid,” Civoniceva told NRL.com.

“We speak about the mobility of a guy like Jason Taumalolo for his size, but it is going to another level now with someone like Payne Haas.

“I heard stories in the pre-season about not just his size and but also his fitness levels, and for a guy carrying over 115 kilos that is just phenomenal.

“To play the way he did against a big South Sydney pack was tremendous and showed plenty of glimpses of the huge future that he has in front of him. His carries were amazing.”

Haas has said that he wants to follow in Civoniceva’s footsteps.

“That is a huge compliment but there is only one Payne Haas and I am sure he is going to announce himself just like he did the other night and have a wonderful career,” Civoniceva said.

“Wayne Bennett’s decision to hold him back has worked out perfectly because I’ve seen some footage of him playing in the Intrust Super Cup, and he’s dominated there.

Haas’s manager Chris Orr is being inundated with interest in Haas from clubs wanting to know whether he is on or off the market.

Orr told NRL.com that he would sit down with the Broncos before November to hopefully secure an extension on his current deal which expires at the end of 2019.

“Payne is at a very strong club with a good coach, good facilities and good program … and he’s close to home,” Orr said.

“As long as there is an appropriate deal there shouldn’t be any reason for him to leave the Broncos.

“At the moment I just want Payne to enjoy his footy and concentrate on that without any added pressure.”

Civoniceva said the Broncos and Wayne Bennett would provide Haas with the right environment to develop long term.

“Being at a club like the Broncos, for myself, was a major factor in my success,” Civoniceva said.

“It was a great culture to be part of and I think for Payne it will be great to be around the calibre of players he already is but also to have that guidance of Wayne.

“The greatest fear would be burning him out but Wayne has always done a great job with young forwards in giving them a taste, giving them an opportunity to rest when they need to and then bringing them back in again.

“Wayne is definitely the right guy to ensure his career is a successful one.”