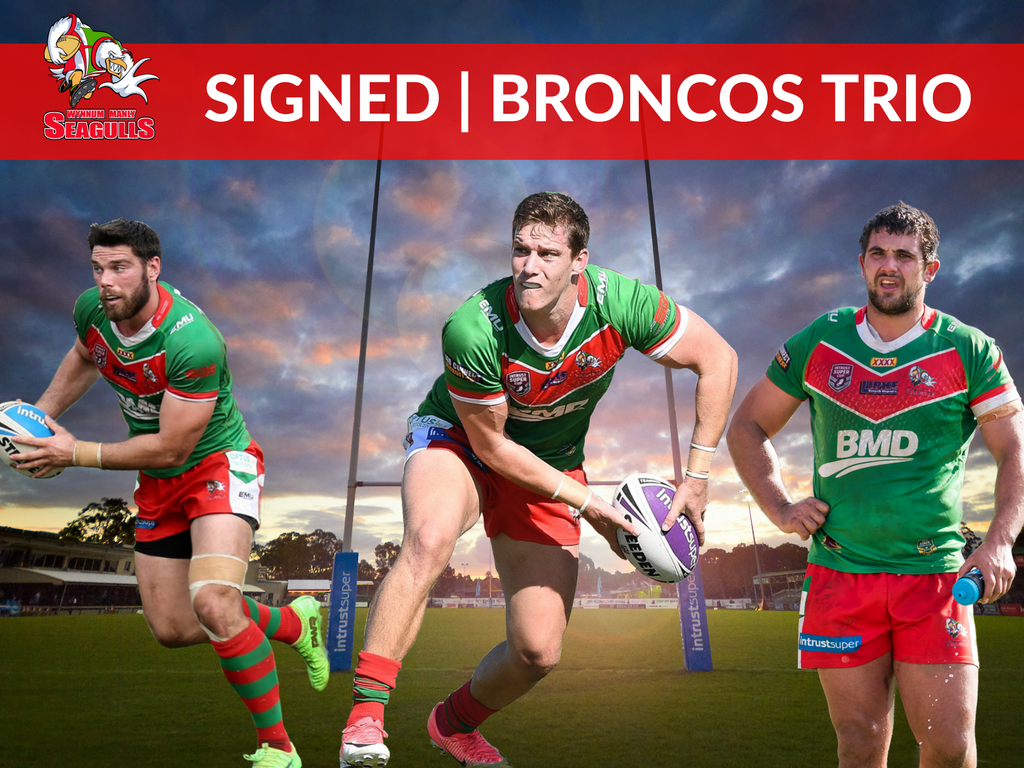 All three have been a part of the Seagulls’ Intrust Super Cup roster for a few years as Broncos affiliate players however they will call BMD Kougari Oval home from next season.

Cronin had a stellar campaign in 2017, starring in the Auckland Nines for the Broncos before making the Queensland Residents side for the second year running. The hooker collected the BMD Player’s Player award in Intrust Super Cup this season.

Rockley moved down from Atherton to join the Seagulls’ Mal Meninga side when he was 17 and went on to play for the Broncos Under 20s and Seagulls Intrust Super Cup. The former QRL Rookie of the Year will be called upon to take a leadership role in the forward pack.

Barr is a Easts Tigers junior who played alongside Seagulls’ teammates Rockley, Jayden Berrell, Max Elliott and Brendan McBryde in the successful Broncos Under 20s system. The back rower flourished at the back end of the 2017 season and will look to continue that form next year.