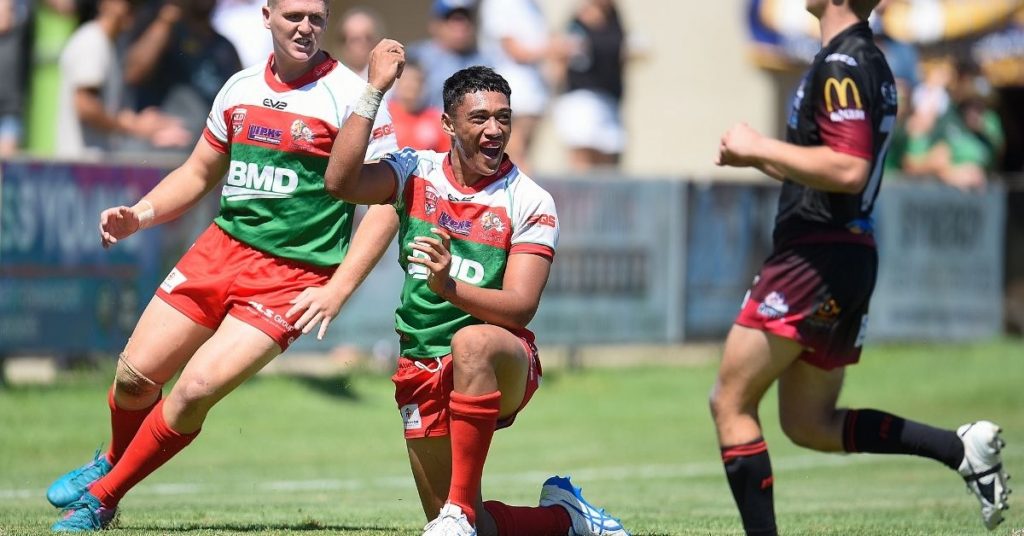 Teui “TC” Robati’s rise from aspiring school boy to NRL debutant is a success story for the McDonald’s Seagulls Academy.

Originally from New Zealand, the Porirua Vikings’ junior moved over to Australia to pursue his dream of playing in the NRL.

“(TC) had great leg speed and loved the physical side of the game,” said Dreger.

“He was also skilful and loved to offload.”

After watching him play the one school boy game, Dreger selected Robati into the McDonald’s Seagulls Academy and then within a month he was invited into the Brisbane Broncos junior talent squad.

“Once we had TC in the Academy, he had a great desire to learn and be better at every session.

“He loves being better than his opposite and winning those personal battles.”

Robati would then go on to play a starring role in the Seagulls’ 2019 Auswide Bank Mal Meninga Cup Grand Final campaign.

That same year the talented back rower also made the Queensland Secondary Schools side, a team that also featured NRL stars Sam Walker and Reece Walsh and was coached by former Seagulls’ Hastings Deering Colts coach Joe O’Callaghan, which won the Australian Schoolboy Under 18s Championships.

Like many aspiring rugby league players, Robati missed out on the opportunity to continue his development on the field due to the coronavirus impacted 2020 season, playing just the one game of Hastings Deering Colts for the Seagulls.

Given the lack of football that year, the 2021 pre-season was important for Robati’s development, and the Brisbane Broncos’ affiliation with the Seagulls allowed the young back rower to flourish.

Robati trained with both the Broncos’ junior talent squad as well as with Adam Brideson’s Intrust Super Cup squad, which fast-tracked his development.

After impressing during the pre-season and into the regular season, where Robati has averaged 115 run metres per game and accounted for 17 offloads in six games of Intrust Super Cup, Kevin Walters called him into the Broncos’ NRL squad and is now in line for his NRL debut tomorrow night against the Melbourne Storm.

Dreger, who is now working in the Broncos’ Elite Player Development program after his great work leading the McDonald’s Seagulls Academy, sums up Robati with one line that will hold him in good stead when he debuts on Thursday night.