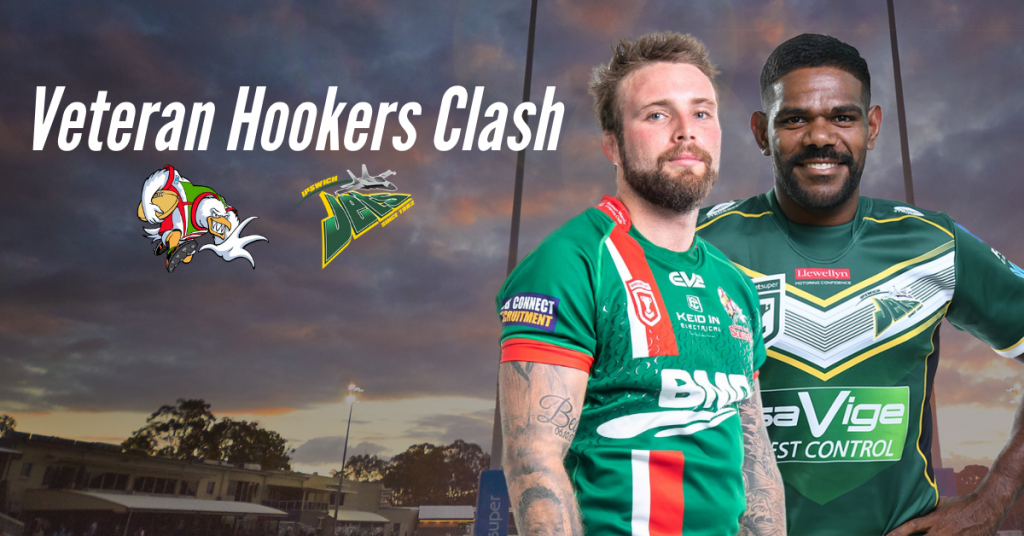 The battle between two experienced dummy halves will play a key role in deciding this weekend’s matchup between the Seagulls and the Ipswich Jets.

Wynnum starting hooker Jayden Berrell will face off against the Jets Kierran Mosely. Mosely is in his fourth season with the Jets, having spent a number of years with the Panthers and Titans in the NRL.

Both players bring an experienced and diverse perspective having spent time time in elite programs and playing almost 100 Intrust Super Cup games each.

We took a look at how their stats line up ahead of Sunday’s clash in Toowoomba.

It’s almost a dead heat in terms of physical presence on the field, with both players also proving their durability and reliability playing in every game this season.

Both number 9s have found an opportunity to pick and choose their moments and attack from dummy half. However, Berrell has crossed the line 6 times and finds himself in strong try scoring form.

Mosely is one of the league leaders in overall tackles and his 92% efficiency and consistency on that side of the ball is impressive.

Berrell’s reputation as a hard-nosed defender is also evident in the numbers, and may prove to be an important barometer for the Gulls success.

Watch the game live and free on Kayo this weekend, kicking off at 2pm!